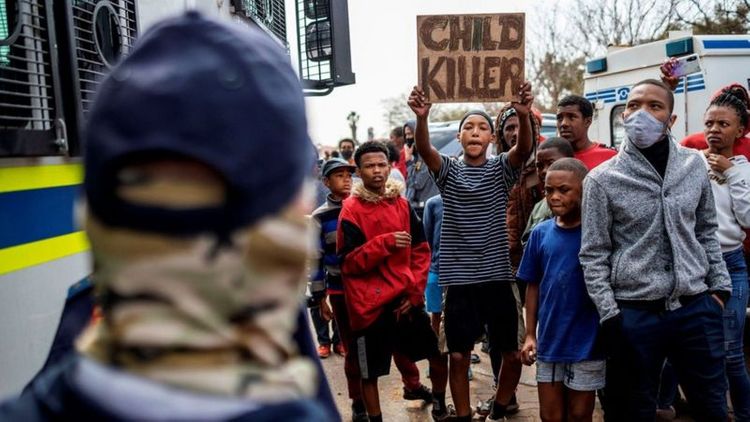 Two South African police officers have been arrested over the deadly shooting of a 16-year-old boy, which had sparked violent street protest, APA reports citing Reuters.

The family of Nathaniel Julius, who had Down's syndrome, said he had gone out to buy biscuits when he was shot dead in Johannesburg's Eldorado Park suburb.

The officers will be charged with murder and "possibly defeating the ends of justice", said the police watchdog.

The family said Julius was shot after not answering officers' questions.

However, they added, this was because of his disability.

The police initially said Julius had been caught up in a shootout between officers and local gangsters.

The Independent Police Investigative Directorate (Ipid) said it had decided to arrest the officers after "careful consideration of the evidence at hand".