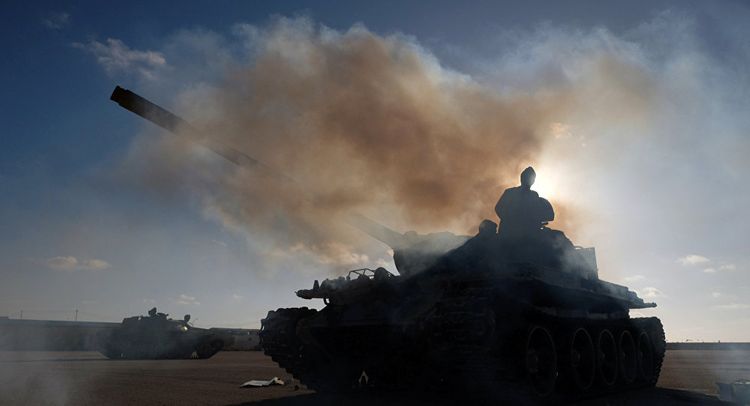 The eastern-based Libyan parliament, which supports Khalifa Haftar’s Libyan National Army (LNA), may ask Egypt for military support in case of foreign interference in the Libyan conflict, the parliament’s speaker, Aguila Saleh, said on Sunday, in the wake of Turkey's decision to send troops to Libya, APA reports citing Sputnik.

"I urge you to take a bold position … We may be forced to ask for the involvement of the Egyptian armed forces if we face foreign intervention in our country," Saleh said live on Egyptian television.

On Wednesday, Erdogan and Russian President Vladimir Putin called for a comprehensive ceasefire in Libya starting midnight on 12 January. They also urged all conflict parties to begin negotiations.

The two opposing governments in Libya struck a ceasefire deal that began at midnight. However, the Government of National Accord accused the Libyan Armed Forces of almost immediately violating the ceasefires in the Salah ad-Din and Wadi ar-Rabiya districts of Tripoli.

After the ouster and assassination of then-Libyan leader Muammar Gaddafi in 2011, the country was plunged into a brutal civil war. Today, Libya is divided between two centres of power: an elected parliament in the country's east, and the UN-backed GNA in the west.