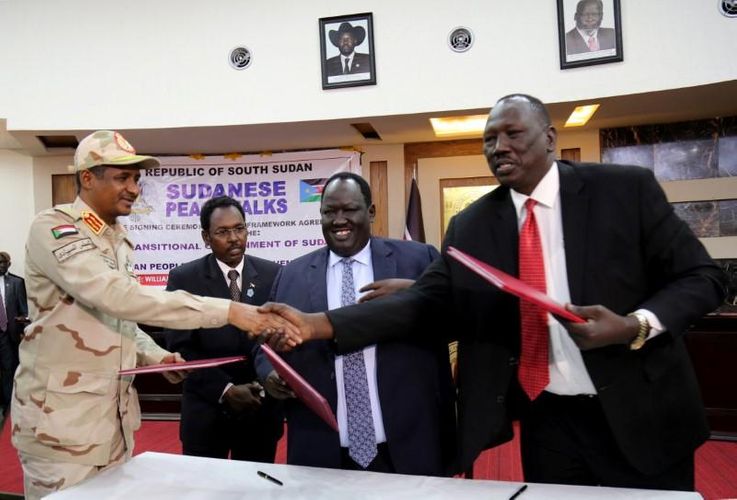 Sudan and one rebel group signed a preliminary deal on political and security arrangements on Friday, paving the way for eventual reconciliation through ongoing talks, APA reports citing Al Arabiya.

Friday’s deal, which was signed in neighboring South Sudan, grants special status to two regions, South Kordofan and Blue Nile, which are partly under the control of the rebel groups.

Representatives of the government in Khartoum signed the agreement with the Sudan People’s Liberation Movement-North (SPLM-N) at a ceremony overseen by South Sudanese President Salva Kiir.

“After this signing we are going to finalize the full agreement and the SPLM-North will be part of the new system in Khartoum,” said Yasir Said Arman, deputy head of the SPLM-N.

Under the terms of the deal, South Kordofan and Blue Nile will be allowed to draw up their own laws, Arman said. It also seeks to resolve long-standing disputes on the sharing of resources such as land.

The agreement also seeks to unify all the various militias and government troops involved in Sudan’s multiple conflicts into a single military, Arman said.

There was no comment from Abdelaziz al-Hilu, leader of a rival SPLM-North rebel group, the main fighting faction on the ground.

“The government of Sudan is more willing than before to reach a peaceful settlement in Sudan”, Dagalo said at the signing ceremony.