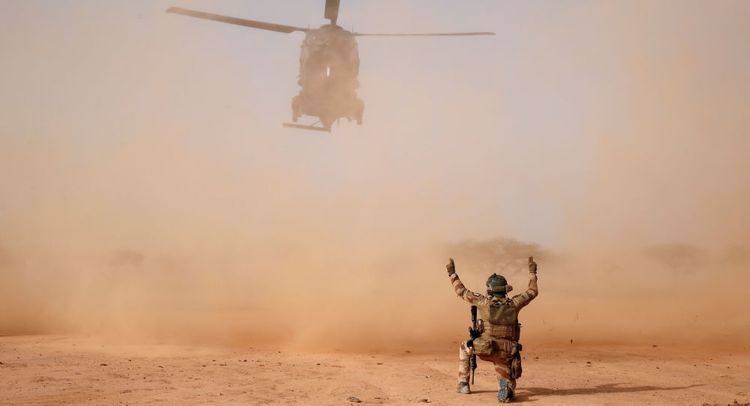 Two helicopters carrying French soldiers collided on Monday, 25 November, during an operation against jihadists in Mali, the French president's office has said in a statement, APA reports citing Sputnik.

The Elysee Palace confirmed the death of thirteen French troops in the accident, which took place in the region of Sahel, south-western Mali.

According to the statement, among the victims were six army officers, six non-commissioned officers, and one corporal.

There has been no word on what caused the collission.

Note that France has deployed nearly 4,500 troops to Sahel, the sparsely-populated region south of Sahara, to counter the insurgency, but troops have so far been unable to fully regain control of some rebel-held regions.