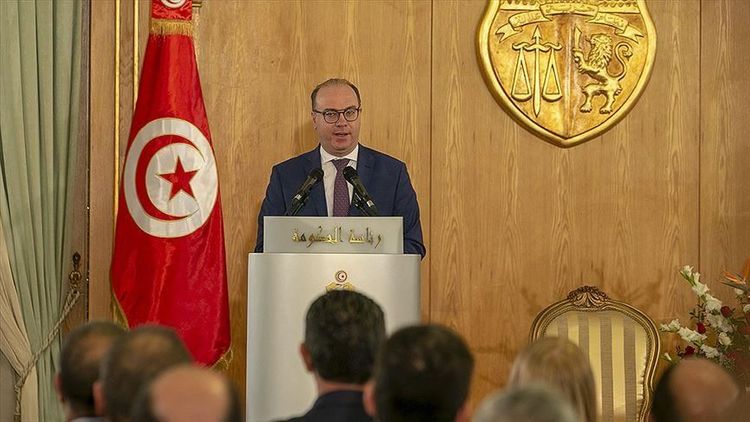 Tunisian Premier Elyes Fakhfakh on Wednesday submitted his resignation to the president after over 100 lawmakers pushed for him to face a no-confidence vote, according to media reports, APA reports quoting Anadolu Agency.

Along with Fakhfakh, President Kais Saied received at the Carthage Palace Rashid al-Gannushi, head of the Assembly and leader of the Ennahda Movement, and Noureddine Taboubi, secretary general of the Confederation of the Tunisian General Labour Union.

During the meeting, Fakhfakh submitted his resignation, reports said.

Tunisia’s presidency has yet to make an official statement on the matter.

A group of 105 Tunisian lawmakers earlier Wednesday submitted a petition to parliament demanding a no-confidence vote for Fakhfakh’s government.

According to Tunisia’s Constitution, Ennahda needed 109 votes to declare no confidence in the government.

On Monday, the National Anti-Corruption Authority, an independent constitutional body, referred documents on Fakhfakh's revenues to the judiciary and the parliament speaker.