Tunisians protest in southern town after man sets himself alight 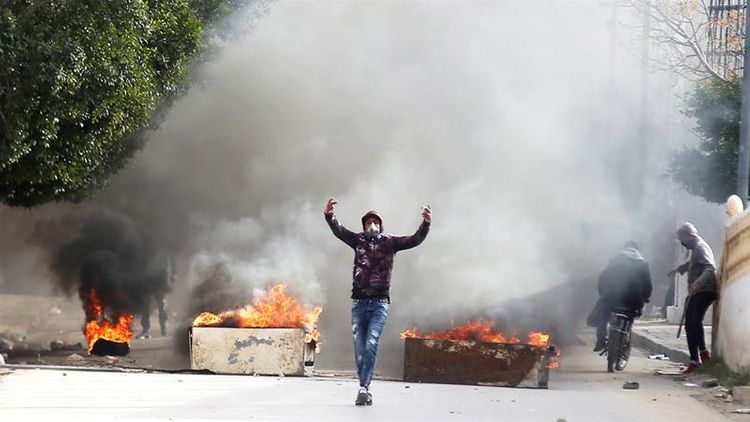 Tunisian police used tear gas to disperse dozens of protesters who blocked roads in the southern town of Jelma on Saturday following the death of a young man who burned himself to death, witnesses saidç APA rpeorts quoting Reuters.

Abdelwahed Hablani, 25, set himself on fire and died in hospital on Friday in protest at poverty and poor living conditions, echoing the 2010 self immolation of Mohammed Bouazizi, whose death triggered the Arab Spring.

The protesters on Saturday afternoon burnt tires before police intervened to reopen roads, firing tear gas canisters, the witnesses said, but the demonstrations were continuing late into Saturday evening.

Hablani had occasional work as a casual laborer in Jelma, located near Bouazizi’s home city of Sidi Bouzid in Tunisia’s deeply impoverished interior. He was buried on Saturday.

Since Bouazizi’s death in December 2010, numerous young men have followed his example by setting themselves alight in the face of Tunisia’s chronic economic difficulties.

Mass protests that followed Bouazizi’s funeral resulted in January 2011 in a revolution that pushed from power the veteran autocrat Zine El Abidine Ben Ali, who died in exile in Saudi Arabia in September, and introduced democracy.