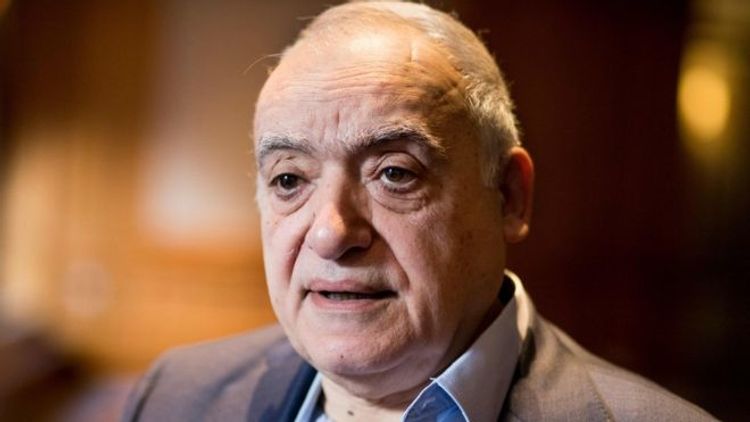 On the eve of peace talks in Berlin, Mr Salamé said foreign support of proxy groups in the conflict had created a "vicious cycle" of violence.

But Mr Salamé told the BBC that he was optimistic about the negotiations.

It comes after nine months of conflict between the powerful General Khalifa Haftar and the UN-backed government in the capital Tripoli.

A truce was announced earlier this month between Gen Haftar and the Government of National Accord (GNA).

But both sides blame each other for reported breaches of the agreement, and attempts to broker a lasting ceasefire broke down last week at a summit in Moscow.

On Saturday, forces loyal to Gen Haftar blocked oil exports from several major Libyan ports. The move is a damaging blow to the country's main source of income, a day before renewed peace talks begin.