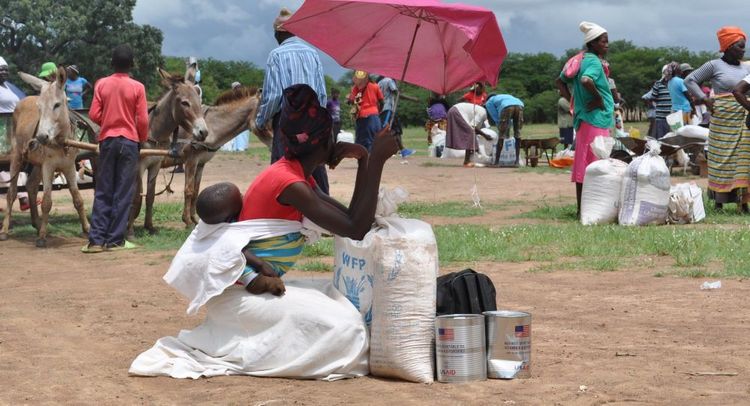 Zimbabwe, once a prosperous agricultural economy, has found itself in an economic free-fall, with the government trying to get the nation's economy working again by tackling hyperinflation, attracting investment, and cracking down on corruption, APA reports citing Sputnik.

Following an 11-day visit to Zimbabwe, UN Special Rapporteur on the Right to Food Hilal Elver said that the country was on the brink of man-made starvation, as more than 60 percent of the country's population is food-insecure.

"I cannot stress enough the urgency of the situation in Zimbabwe", she said, adding that the crisis is continuing to worsen.

According to the official, many people can only afford one meal a day and most children are underweight.

"The harrowing stories I heard from resilient grandmothers, mothers or aunts desperately trying to save their children from starvation, in the midst of their daily hardships, will remain with me".

The major reasons that lead to the starvation include hyperinflation, poverty, natural disasters, and economic sanctions.

Droughts and erratic weather have also hurt the agriculture sector.

As Hilal Elver spoke to people, they explained that even if there is enough food in shops, people simply can't afford to buy it due to the inflation rate, which exceeds 490 percent.

Economic causes for the problems also include sanctions and a high rate of corruption.