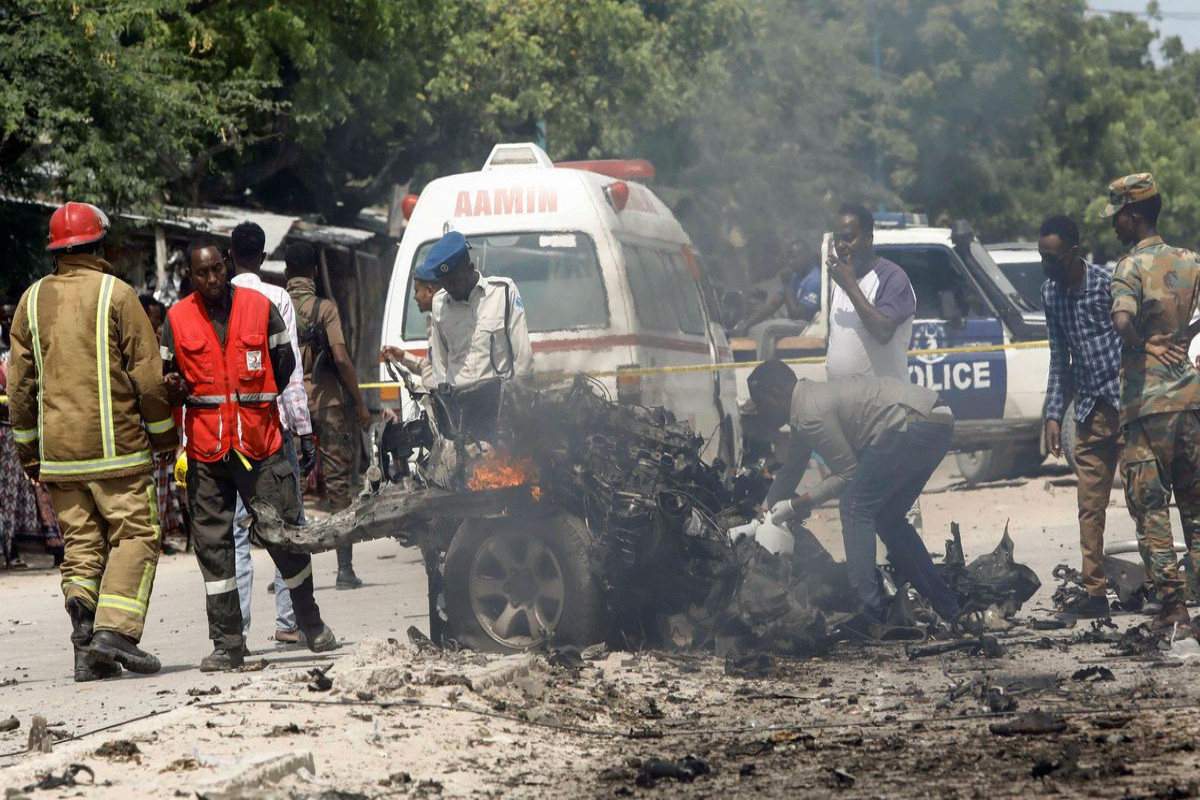 Abdiasis Abu Musab, military operations spokesperson for the al-Qaida-linked militant group al-​Shabaab, told Reuters it was responsible for Saturday's attack. The group, which wants to overthrow the government and impose its strict interpretation of Islamic sharia law, frequently carries out such bombings.

"I have seen eight dead bodies at the scene including a woman," Hassan Sayid Ali, a driver of a three-wheeled motorised vehicle taxi, told Reuters at the scene of the blast at Banadir junction in Mogadishu.