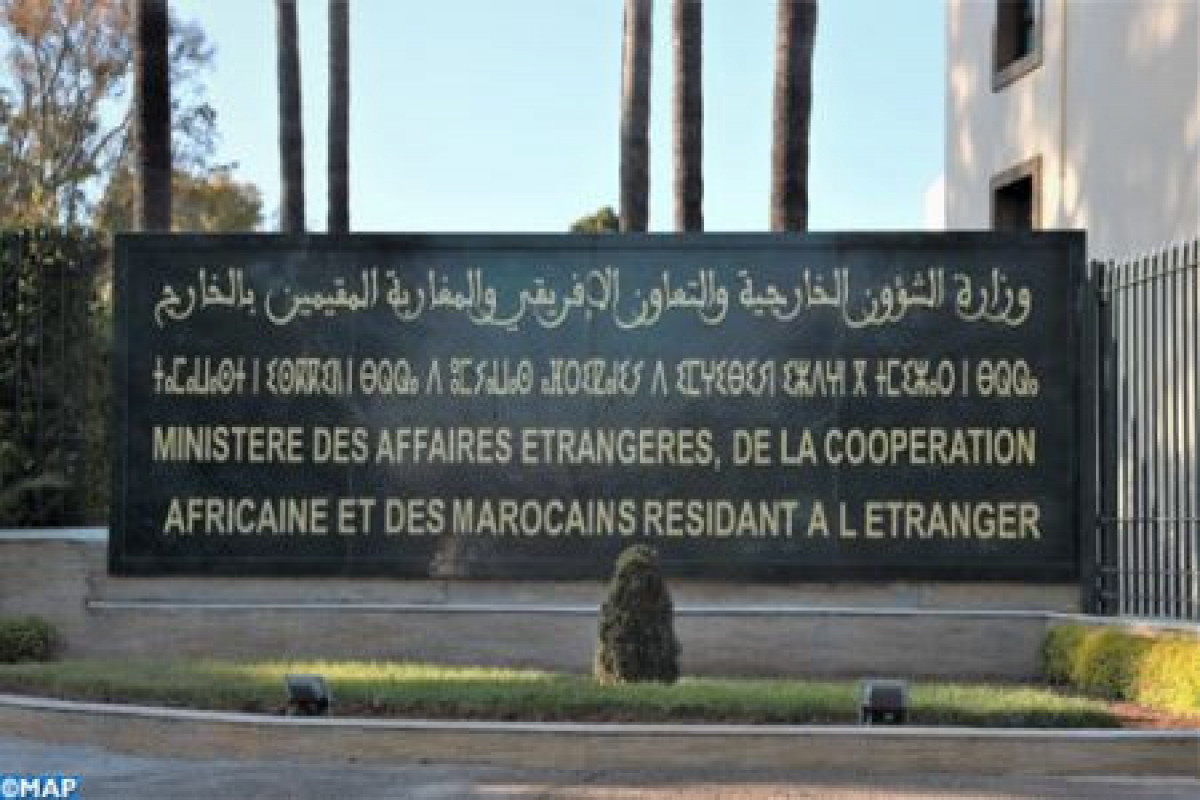 The appearance, Tuesday June 1st, of the so-called Brahim Ghali before the Spanish National High Court, is certainly an "evolution" of which Morocco takes note, it does not, however, constitute the core issue of the serious crisis between the two neighbouring countries, the ministry of Foreign Affairs, African Cooperation and Moroccans Abroad said on Monday, APA reports citing Mapnews.ma.

"First, the appearance of the so-called Ghali confirms what Morocco had said from the start: Spain did indeed bring, knowingly, to its territory, in a fraudulent and occult manner, an individual prosecuted by Spanish courts for complaints lodged by victims of Spanish nationality and for acts committed in part on Spanish soil," the ministry explained in a statement on the crisis between the two countries.

This appearance shows the true face of the "polisario" embodied by a leader who has committed heinous crimes, who violates, tortures, flouts human rights and sponsors terrorist acts. It underlines the responsibility of Spain towards itself since the victims of the so-called Ghali are above all Spanish, it pointed out.

This appearance, therefore, constitutes the beginning of first recognition of the rights of victims and the criminal and penal responsibility of this individual, it noted, adding that it is also the first time that the Spanish courts have summoned this official, following complaints about serious crimes.

"And again, these are only the complaints that came to light. What about all the children, women, and men who endure the horrors of the "Polisario"? Inhuman treatment is inflicted daily on the populations of Tindouf - the voiceless population of the "Polisario" – in the total absence of justice.

Morocco is not used of getting involved in controversies over statements by senior officials from foreign countries. However, today's comment by the head of the Spanish government, rejecting the Moroccan statement by linking it to migration, comes as a great surprise and calls for the following clarifications:

We do not know which Moroccan statement the head of the Spanish government is referring to. All the latest statements by Moroccan diplomatic officials including the minister, His Majesty's Ambassador to Madrid and the Director General do not mention the migration issue.

The statement issued today by the Ministry and widely quoted by the Spanish media outlets, addresses briefly the migratory question, and it does so to recall the good cooperation. It is therefore legitimate to wonder if the head of the Spanish government has read the various statements inherent in this crisis and in particular that of today.

In Morocco, the management of the crisis concerns several state institutions and departments, including the Ministry of Foreign Affairs which only represents, within the framework of its prerogatives, the national position at the diplomatic and media levels.

Morocco has repeatedly stressed that the bilateral crisis is not linked to the migration issue. The genesis and the underlying reasons behind the crisis are now well known, notably to the Spanish public opinion. Migration should not be a pretext to distract attention from the real causes of the bilateral crisis," the ministry said.