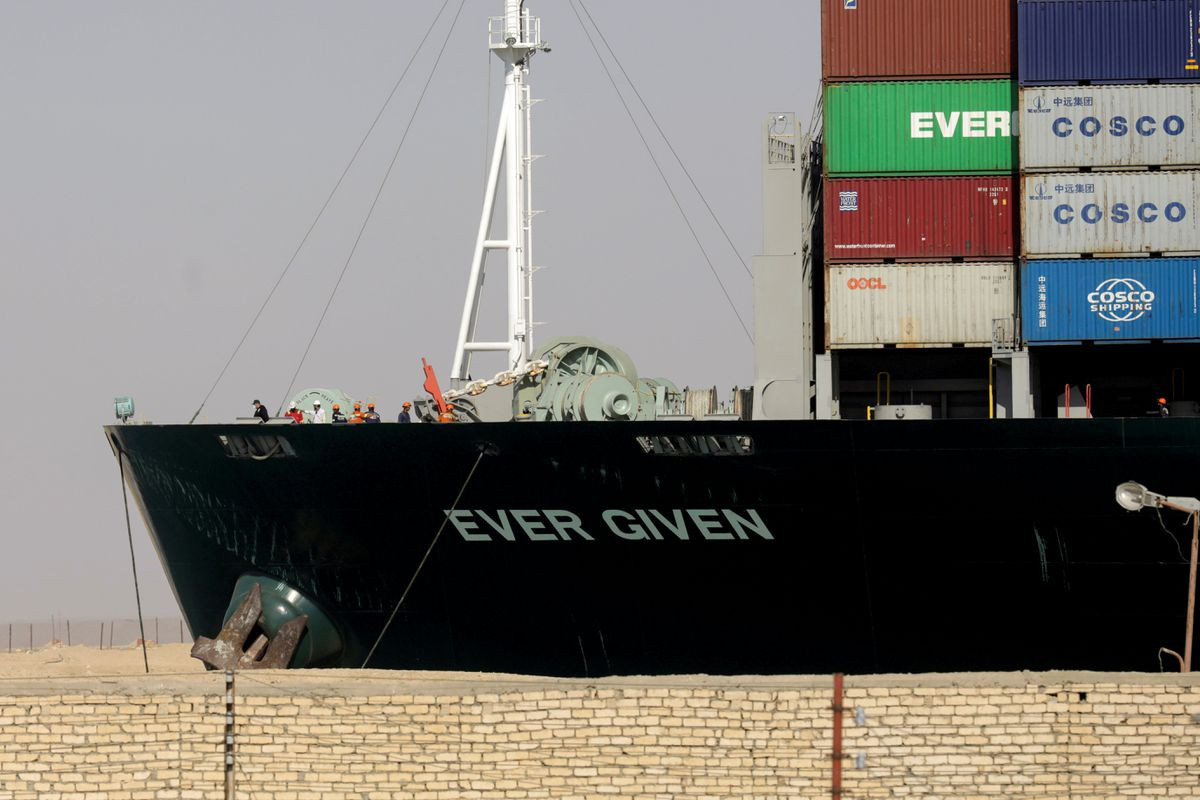 The owners and insurers of the Ever Given container ship that blocked the Suez Canal in March said on Sunday a formal settlement had been agreed in a compensation dispute, and the canal authority said the vessel would be allowed to sail on July 7, APA reports quoting Reuters.

The Suez Canal Authority (SCA) has held the giant ship and its crew in a lake between two stretches of the waterway since it was dislodged on March 29, amid a dispute over a demand for compensation by the SCA.

The Japanese-owned Ever Given had become stuck in high winds and remained wedged across the canal for six days, disrupting global trade.

"Preparations for the release of the vessel will be made and an event marking the agreement will be held at the Authority's headquarters in Ismailia in due course," Faz Peermohamed of Stann Marine, which represents owner Shoei Kisen and its insurers, said in a statement.

The SCA said the settlement contract would be signed on Wednesday at a ceremony, and that participants would be able to watch the ship leaving.

Stann Marine gave no details of the settlement.

Osama Rabie, the SCA chairman, said the canal will receive a tug boat with a pulling capacity of about 75 tonnes as part of a settlement, without mentioning any other details.

"We preserved the rights of the authority in full, preserved our relationship with the company and also political relations with Japan," he told a private TV channel on Sunday evening.

The canal earned revenue of $3 billion in the first six months of 2021, up 8.8% compared with the same period last year, despite the Ever Given accident, Rabie said.

Shoei Kisen and its insurers said last month they had reached an agreement in principle with the SCA.

The SCA had demanded $916 million in compensation to cover salvage efforts, reputational damage and lost revenue before publicly lowering the request to $550 million.

Earlier on Sunday, an Egyptian court adjourned hearings in the compensation dispute to July 11 to allow the canal and the ship's owner to finalise the settlement, court sources and a lawyer said.