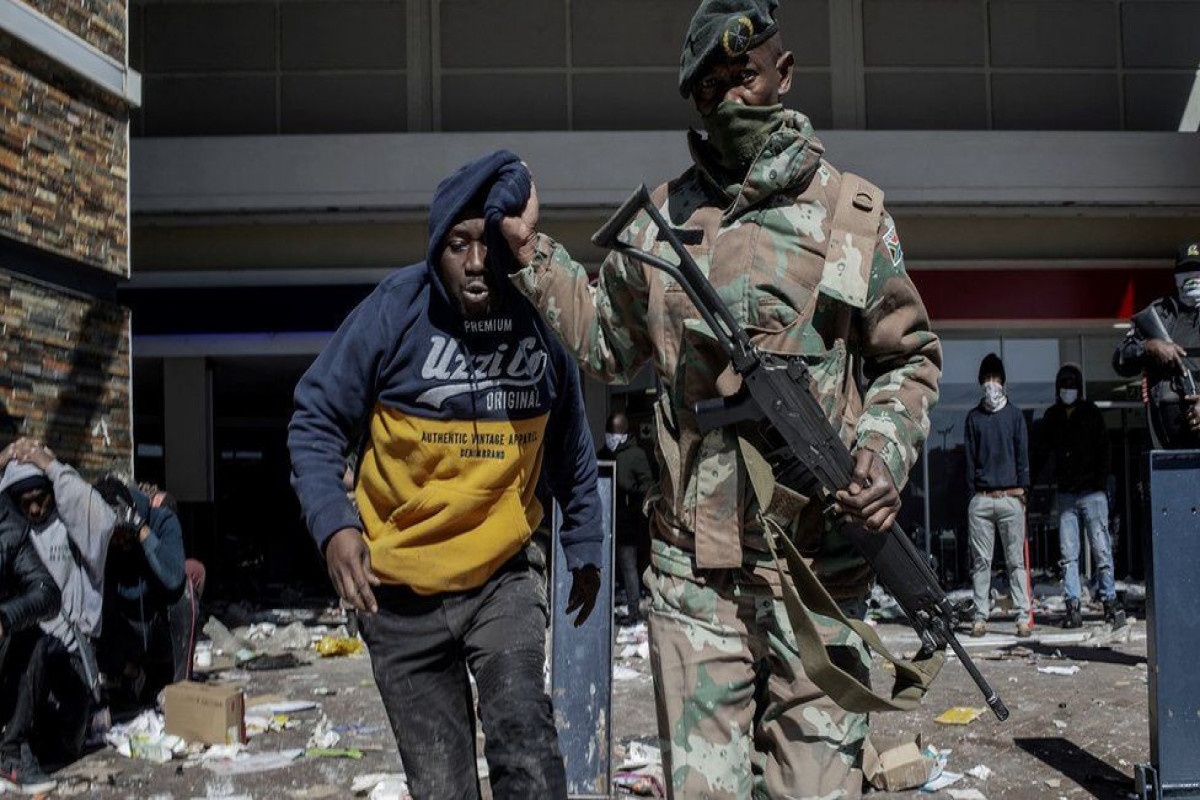 The military deployment - to counter riots sparked by the jailing of former President Jacob Zuma - is the biggest since the end of apartheid.

At least 72 people have died and more than 1,700 have been arrested in South Africa's worst unrest in years.

Hundreds of shops and businesses have been looted and the government says it is acting to prevent food shortages.

Citizens are arming themselves and forming vigilante groups to protect their property from the rampage.

More than 200 incidents of looting and vandalism were recorded on Wednesday, the government said, as the number of troops deployed doubled to 5,000.

But Defence Minister Nosiviwe Mapisa-Nqakula said she had submitted a request for the deployment of 25,000 soldiers to the two provinces hit by violence - KwaZulu-Natal, where Durban is located, and Gauteng, which includes Johannesburg.