Zuma hands himself in to South African police 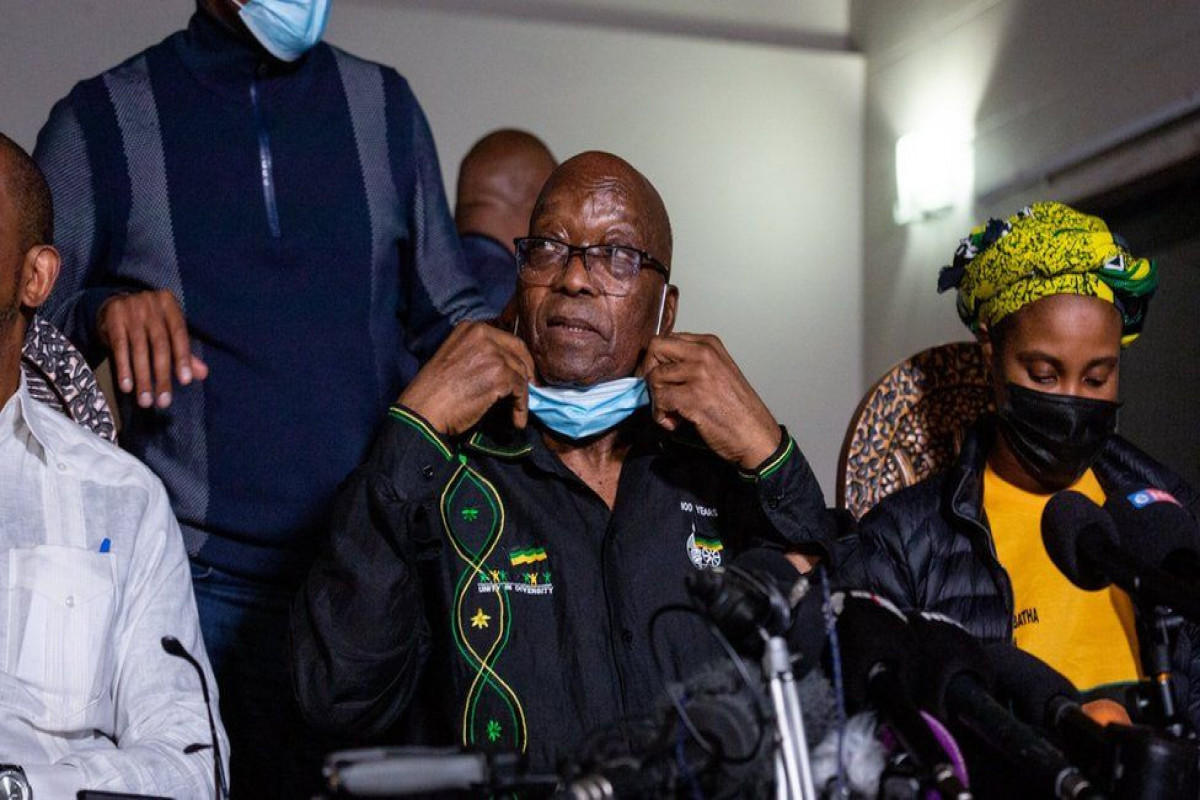 South Africa's former President Jacob Zuma has handed himself in to police to begin serving a jail sentence for contempt of court, APA reports citing BBC.

He travelled to a prison near to his home in KwaZulu-Natal province late on Wednesday, his foundation said.

Police had warned they were prepared to arrest the 79-year-old if he did not hand himself in by the end of the day.

Mr Zuma was given a 15-month jail term last week after he failed to attend a corruption inquiry.

The sentencing sparked an unprecedented legal drama in South Africa, with a deadline imposed of midnight on Wednesday (22:00 GMT) for his arrest.

The deadline was imposed after Mr Zuma refused to hand himself in on Sunday.

"President Zuma has decided to comply with the incarceration order," his foundation said in a short statement.

His daughter, Dudu Zuma-Sambudla, later wrote on Twitter that her father was "en route [to the jail] and he is still in high spirits".