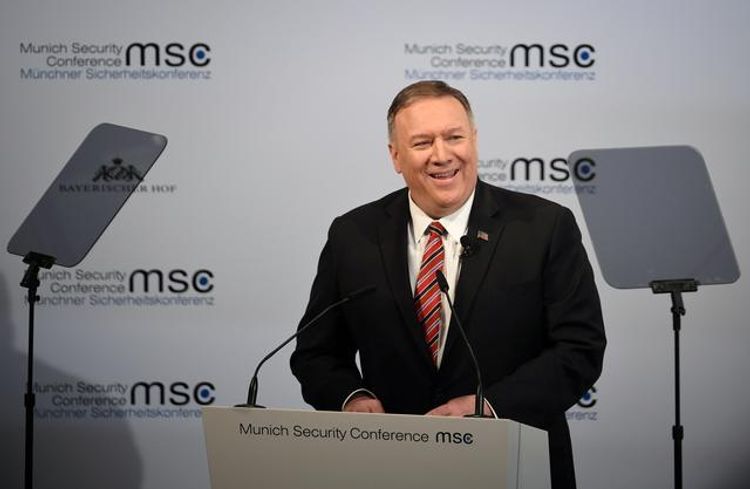 Seeking to reassure Europeans troubled by U.S. President Donald Trump’s “America first” rhetoric, his ambivalence over the NATO military alliance and tariffs on European goods, Pompeo said there was no crisis in Western leadership.

“I’m happy to report that the death of the transatlantic alliance is grossly exaggerated. The West is winning, and we’re winning together,” he said in a speech at the Munich Security Conference, listing U.S. steps to protect liberal democracies.

Pompeo’s Chinese counterpart, Wang Yi, accused him of telling “lies, not based on facts” about Beijing’s intentions.

Pompeo had been, in part, responding to German President Frank-Walter Steinmeier, who on Friday accused the United States, Russia and China of making the world more dangerous.

French President Emmanuel Macron told the conference of international leaders, lawmakers and diplomats he was not surprised by Steinmeier’s speech and had liked it.

“We cannot be the United States’ junior partner,” Macron said, adding that while he supported NATO, Europe needed to be able to tackle threats in its neighborhood and at times act independently of Washington.