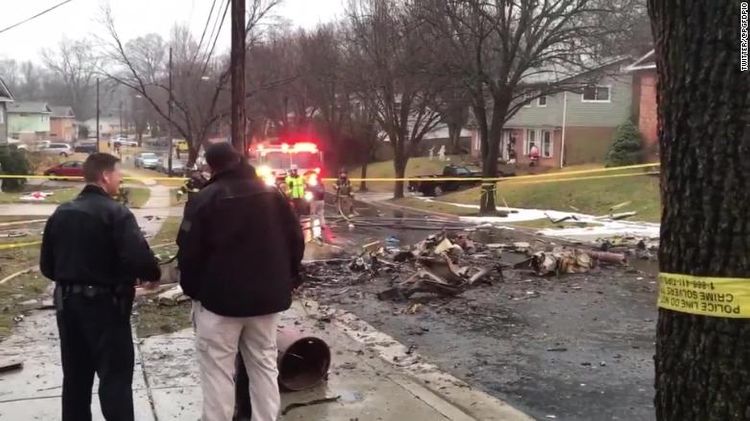 One person was killed after a small plane crashed into two homes in Lanham, Maryland, on Sunday, officials said, APA reports citing CNN.

The crash occurred shortly before 3 p.m. ET, Mark Brady, lead public information officer for Prince George's County, said on Twitter.
The airplane struck a carport attached to a single-family home, Brady said. The plane burst into flames, igniting a car and damaging the home and the one next door.
The Prince George's County Fire Department released video of the aftermath showing damage to two homes and what appears to be pieces of the plane on the ground.
One person on the plane was declared deceased on the scene, Brady said. The home was not occupied at the time of the crash, he added.
The crash happened about three miles south of the College Park Airport, FAA spokesman Jim Peters said.
The FAA and NTSB said they would conduct an investigation.