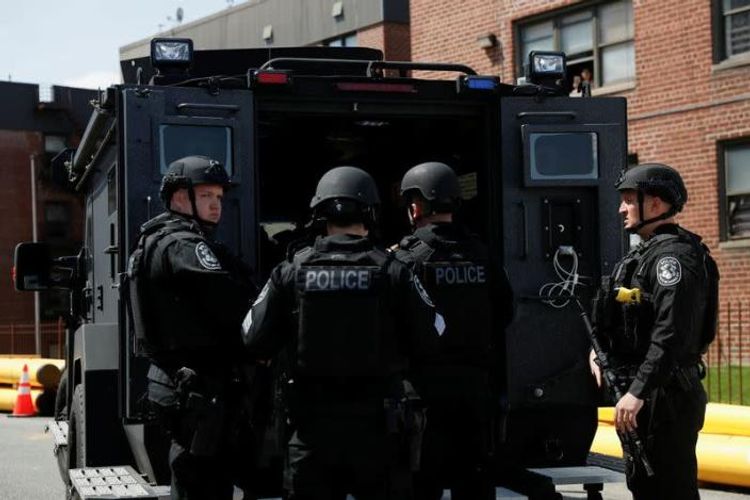 A suspect in a shooting at a suburban New York grocery store on Tuesday was arrested after remaining at large for hours, local police said, APA reports.

The shooting, leaving one dead and two others injured, occurred late morning Tuesday at an office of a Stop & Shop grocery store in West Hempstead, New York, according to police.

"The subject has been apprehended and taken into custody," the Nassau County Police Department tweeted on Tuesday afternoon.

In an earlier tweet, police identified "the Person of Interest involved is Gabriel DeWitt Wilson," who is around 30 years old and was last seen heading westbound on Hempstead Turnpike wearing a black baseball hat and a black sweatshirt.

Wilson is believed to be an employee or a former employee of the store.

A motive for the attack was not yet disclosed.