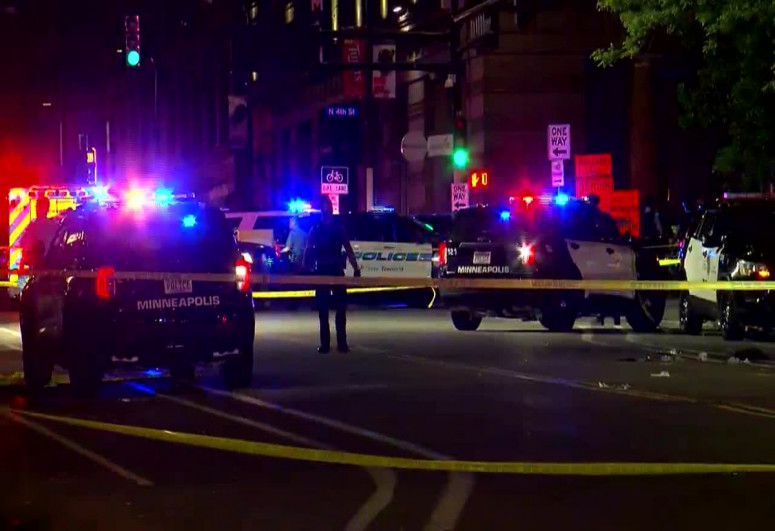 The Minneapolis Police Department (MPD) said officers responded to "an exceptionally chaotic scene" at 1:59 a.m. central time (0700 GMT) at a bar in the city center. Preliminary investigation revealed two people both pulled out guns and began shooting at each other as they got into a verbal confrontation.

"Of the 10 victims shot, preliminary information shows all are adults. 5 are males and 5 are females. The two deceased are males. One male is in critical condition and the remaining 7 have non-life-threatening injuries," the MPD said in a statement.

The incident took place along the 300 block of North 1st Avenue. The names of the victims and suspects have not been publicly released.

"These brazen senseless acts of gun violence must stop. The perpetrators of these crimes should never find refuge or anonymity in our communities," Minneapolis Police Chief Medaria Arradondo said in a statement Saturday evening as an investigation into the incident was still ongoing and additional law enforcement agencies were called to assist in the process.

The violence, which came just days before the one-year anniversary of the killing in Minneapolis of George Floyd, followed other recent shootings in the city, including the death of a 6-year-old girl earlier this week.