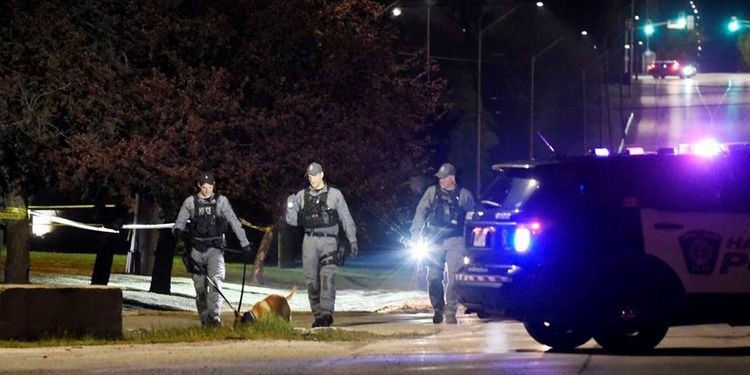 The shooting happened in a parking lot outside PurePages — a company providing custom internet and wi-fi services — on Iroquois Shore Road near Eighth Line.

Halton Regional Police say that around 3:10 a.m., they received a call about shots fired in the area.

They say officers were dispatched to a commercial business in an industrial area and found one male victim, who was pronounced dead at the scene.

Police say a second victim was pronounced dead in hospital, while two other people were being treated for gunshot injuries.

The names of the deceased were not immediately released, and there was no word on a possible suspect or suspects. Police said no arrests had been made.

Anderson said investigators will be checking to see if there's any connection between the business and the shooting.

He said homicide investigators are expected to remain at the scene throughout the day Saturday, to conduct a thorough examination.

"If anyone has any information, we'd certainly like to hear from them," Anderson said.