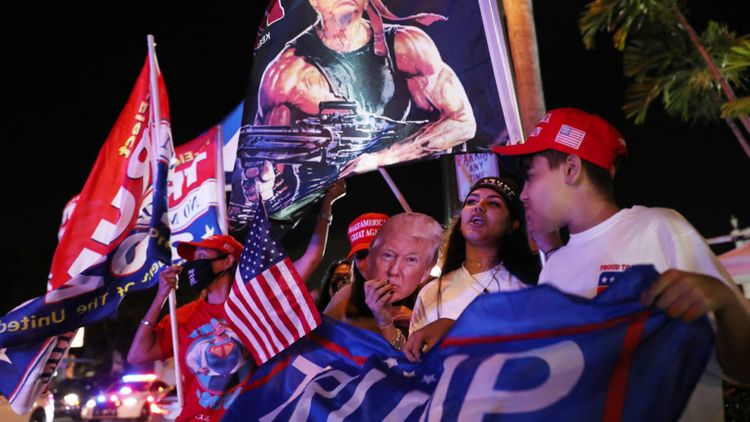 Members of the far-right extremist group Proud Boys and a Trump supporter were stabbed during a brawl after watching US election coverage at a bar, APA reports citing Mirror.

Video posted on social media shows a group of people brawling on a pavement just blocks from the White House. As the fight ends, conservative activist Bevelyn Beatty says "they stabbed me" as she clutches her lower back.

Enrique Tarrio, founder of the Trump-supporting Proud Boys, claims he was slashed in the stomach.

Beatty claims they were knifed by Black Lives Matter (BLM) "kids", but the local BLM chapter said none of its activists were involved and the claims were "a lie".

Police not have yet publicly confirmed how the incident started or commented on claims that the other people were part of the Black Lives Matter movement.

The stabbing happened at about 2.30am local time on Wednesday as the race between Republican President Donald Trump and Democratic rival Joe Biden was too close to call.

Police in Washington, DC, said the men who were knifed identified themselves as members of the Proud Boys, NBC News reported.

The four who were stabbed were taken to hospital to be treated for non-life-threatening injuries.Police have launched a hunt for three suspects - two men and a woman - who left the scene.

Proud Boys leader Tarrio told the far-right Gateway Pundit that he was slashed in the stomach and Beatty was knifed in the back.

He claims they were knifed while trying to help a man.

In the video, a man is seen clutching the side of his face with blood on his hands, and says "I'm bleeding".