44% of older millennials already have a chronic health condition: Here’s what that means for their futures 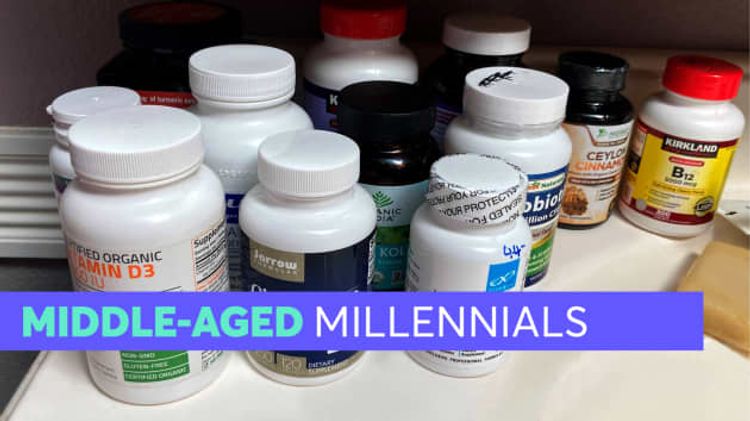 As millennials begin to turn 40 in 2021, CNBC Make It has launched Middle-Aged Millennials, a series exploring how the oldest members of this generation have grown into adulthood amid the backdrop of the Great Recession and the Covid-19 pandemic, student loans, stagnant wages and rising costs of living, APA reports citing CNBC.

Every morning, Kristin Bennett starts her day off by swallowing about 14 different supplements and vitamins designed to help her keep the worst symptoms of her disease at bay.

Bennett has relapsing-remitting multiple sclerosis, a central nervous system disease she’s been dealing with for about 20 years after being diagnosed in 2001. She just turned 40 last month.

Health conditions like Bennett’s can take a toll, both financially and emotionally. And unfortunately, as the oldest millennials start to hit 40, many are finding themselves coping with chronic health conditions — more so than previous generations, according to some recent research.

About 44% of older millennials born between 1981 and 1988 report having been diagnosed with at least one chronic health condition, according to a recent survey conducted by The Harris Poll on behalf of CNBC Make It among over 4,000 U.S. adults, about 830 of whom were between the ages 33 to 40.

There’s “no question” that some emerging evidence shows many millennials are unhealthier than predicted, says Dr. Georges Benjamin, executive director of the American Public Health Association.

“Hypertension, diabetes and obesity drives a lot of that,” Benjamin says, adding that the obesity epidemic may be one of the root causes of the rise in rates of hypertension, diabetes and even certain types of cancer. Benjamin also says that studies show millennials are far less likely to be smokers, making diseases related to smoking less common.

Among the older millennials surveyed by CNBC Make It, migraine headaches, major depression and asthma are the three most common ailments. Type 2 diabetes and hypertension round out the top five.