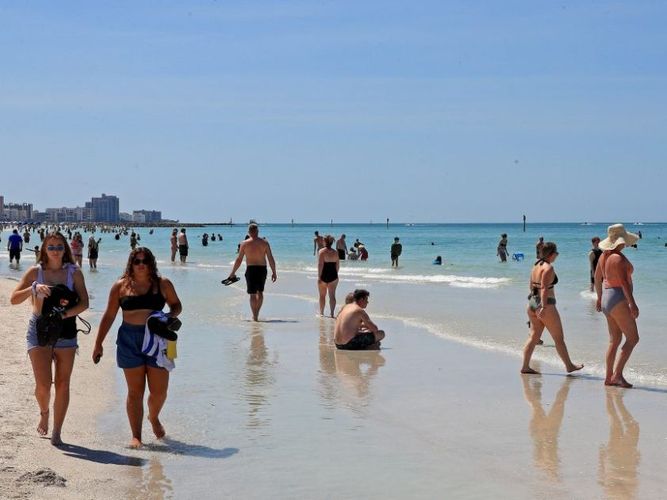 College students from Texas who tested positive for the novel coronavirus after spring break in Los Cabos traveled to the Mexican beach resort on Viva Aerobus, the airline said, and were there a week later than reported by the local tourist board, APA reports citing Reuters.

So far 49 students among the group from University of Texas at Austin have tested positive for the coronavirus upon their return to the United States, according to the university.

While the outbreak has led to speculation that coronavirus may be more prevalent in Mexico than official numbers reveal, it is still not clear where the students became infected.

The Los Cabos Tourism Board has suggested the timeline of the visit by the students means they would have presented symptoms earlier if they had caught the virus in Mexico.

The tourism board said it was informed by the Los Cabos airport that the last spring break charter flight to Austin departed on March 11.

However, Mexican airline Viva Aerobus told Reuters the students departed Austin on March 14 and returned on March 19, the same dates the University of Austin said 211 students went to Los Cabos.

In a statement, Viva Aerobus said the university notified them that some students had tested positive 12 days after the return flight. COVID-19 has an incubation period of up to 14 days, and there is evidence it can be spread asymptomatically.

Rodrigo Esponda, managing director of the tourism board, acknowledged the board may not have complete information.

“The university has not reached out to us... in order to provide us with information and really know about a specific group. Without that, it has been difficult,” he said in an interview.

Esponda said 15 cases of coroanvirus have been registered in Los Cabos, none of them hotel workers. The state overall has registered 21 cases, with the country’s total reaching 1,688.

Viva Aerobus said it has followed strict sanitary measures to prevent infection on its routes.

No passengers showed symptoms during the flights to and from Los Cabos, Viva Aerobus added. After the notification from the University of Texas, the airline said it pulled its crew from duty and put them under observation.

None of them have thus far presented symptoms of the coronavirus.