At least 16 people, including two Germans, killed in bus crash in south Peru 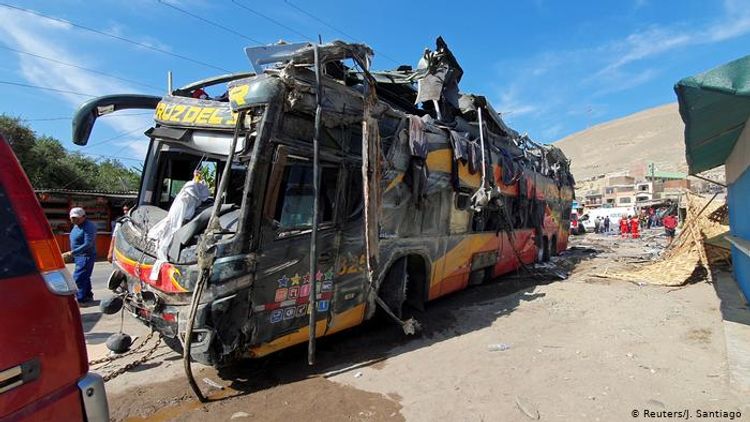 At least 16 people, including two Germans, were killed in a bus crash in south Peru on Monday, APA reports citing AP news agency.

The bus collided with other vehicles and rolled over, according to local police. The accident also left 42 people injured.

The bus was travelling at over 100km/h (66mph) around a tight corner on a road with a speed limit of 90 km/h in place, before it crashed into a line of parked minivans.

The brakes of the bus failed to operate correctly, according to the bus driver. The intercity bus was near the city of Arequipa on the Pan-American Highway, in the south of the country.

Marah Muller, another German national who was aboard the bus but survived the ordeal, said that she was jolted awake by the early morning impact. She and her friend Stella Mauren were unable to breathe because of their tight seat belts until they were cut free.

A spokesman for Cruz del Sur, the bus company, confirmed the excessive speed that the bus had been traveling at and said they would investigate the cause of the accident.

Two Brazilians and two Americans were among those injured.

Bus accidents in Peru have been described as unfortunately frequent occurrences, given the poor condition of many roads and the lack of adequate training for some drivers.