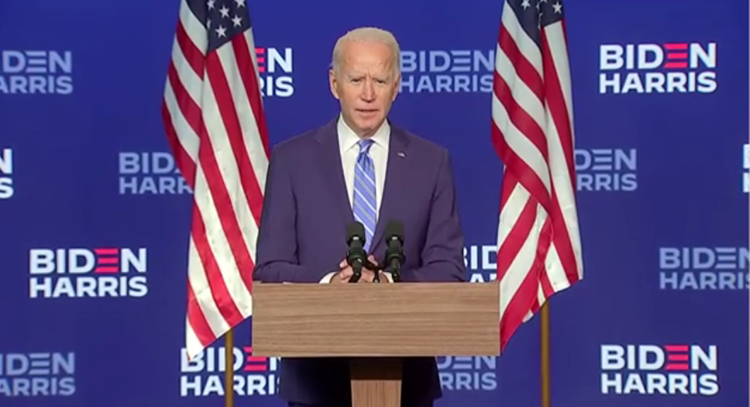 n a news conference Wednesday afternoon, Democratic presidential nominee Joe Biden said his campaign was winning in enough states to potentially reach the 270 electoral votes necessary to win the presidential election, but that the vote counting was not over yet.

“Yesterday once again proved democracy is the heartbeat of this nation," Biden said in his home state of Delaware as his running mate, Sen. Kamala Harris (D-CA), stood near the edge of the stage.

“If we had any doubts, we shouldn’t have any longer about a government of, by and for the people is very much alive in America," Biden said. "Here, the people rule. Power can’t be taken or asserted, it flows from the people, and it’s their will that determines who will be the president of the United States and their will alone.”

“And now, after a long night of counting, it’s clear we’re winning enough states to reach 270 electoral votes needed to win the presidency. I’m not here to declare that we’ve won, but I am here to report that when the count is finished, we believe we will be the winners," Biden said.