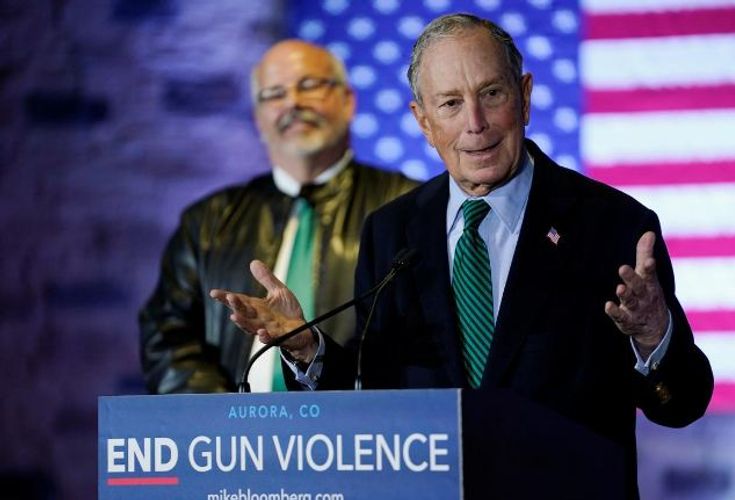 Democratic presidential candidate Michael Bloomberg said on Thursday he wants to become president to end “the nationwide madness” of U.S. gun violence, calling it evil and saying he would allow its victims to file lawsuits against gun manufacturers, APA reports citing Fox News.

The billionaire media mogul, who jumped into the crowded field of Democratic White House candidates last month, unveiled a national gun control plan at a forum with survivors of gun violence in Aurora, Colorado, where 12 people were killed during a mass shooting inside a movie theater in 2012.

Apart from allowing gun violence victims to sue manufacturers, the plan would force owners of assault weapons to register their weapons and require permits for all gun purchases.

The former mayor of New York, 77, has made gun control a signature issue in recent years, and founded Everytown for Gun Safety, one of the biggest anti-gun violence organizations.

Bloomberg, who is funding his own presidential campaign, has been criticized by some Democratic rivals of trying to buy his way to the nomination. He intends to make gun safety a central issue as he and 14 others battle to take on Republican President Donald Trump in next November’s election.

Calling America’s gun violence epidemic an “evil”, Bloomberg, speaking next door to the movie theater where the 2012 massacre took place, said: “It’s why I’m running for president - just to stop this nationwide madness.”

Bloomberg launched his White House bid with a $37 million advertizing blitz. Recent polls show his late entry to the race has had some impact, although he trails leading contenders such as former Vice President Joe Biden, U.S. Senators Elizabeth Warren and Bernie Sanders, and South Bend, Indiana, Mayor Pete Buttigieg by double digits.

Endorsing Bloomberg at the event was Colorado state Representative Tom Sullivan, a gun safety advocate who ran for office after his son was killed at the Aurora shooting.

Bloomberg’s gun safety plan is similar to those of many of his Democratic rivals. If president, he said he would lift the immunity gunmakers currently have against civil lawsuits, require background checks for all gun sales, force every gun buyer to obtain a permit before a purchase and reinstate a ban on assault weapons.

His plan would also keep guns out of the hands of people who pose a danger to themselves or others by barring domestic violence and other violent offenders from buying guns.

Aides to Bloomberg have said his late candidacy, with the Democrats’ nominating contests beginning in Iowa on Feb. 3, reflects his concern that none of the others vying to take on Trump can beat him.