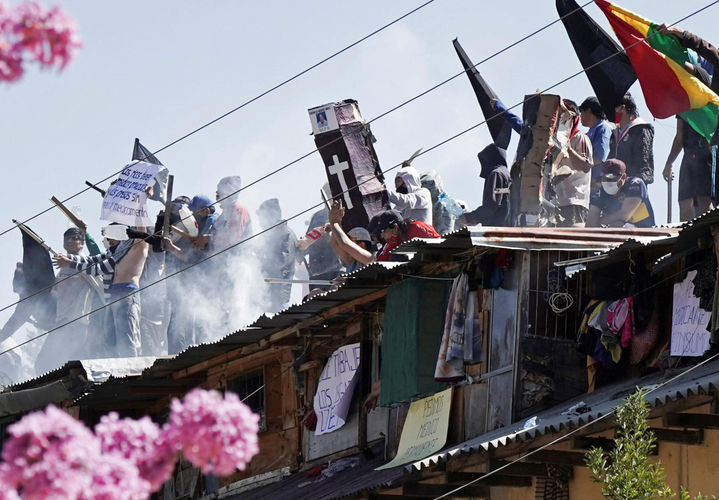 The death of an inmate suspected of having the coronavirus prompted rioting in four of the most populated prisons in Bolivia’s Cochabamba region over access to medical care, a government watchdog said on Monday, APA reports quoting Reuters.

Local media showed images of inmates climbing to the roofs of the prisons, calling for medicine and access to doctors.

“We urge the entry of medical teams to do an evaluation inside the prison facilities to prevent more deaths,” said Cochabamba ombudsman Nelson Cox.

Eight inmates in total have died with symptoms of COVID-19, according to Cox, spiking concerns that the virus will spread throughout the prison population.