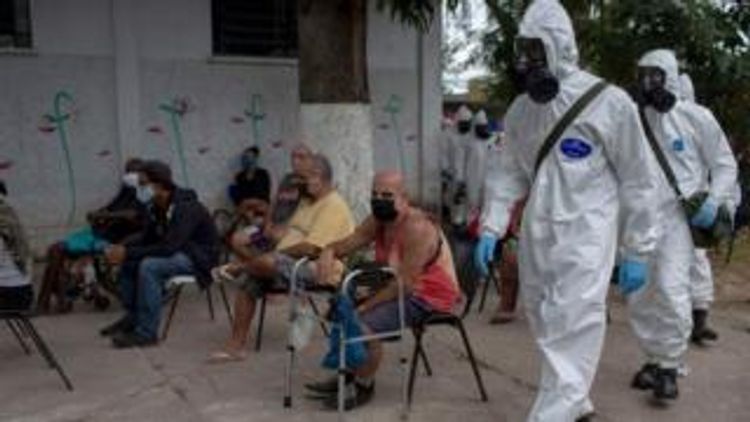 Brazil has overtaken Spain and Italy to become the country with the fourth largest number of confirmed coronavirus infections in the world, APA reports citing BBC.

Officials on Saturday reported 14,919 new cases in the past 24 hours, taking the total to 233,142. Only the US, Russia and the UK have higher numbers.

The daily death toll in the Latin American nation rose by 816 to 15,633 - the world's fifth highest.

Experts warn that the real figure may be far higher due to a lack of testing.

The mayor of the country's most populous city, São Paulo, warned on Sunday that the city's health system could collapse. Bruno Covas said the public hospitals in the city reached 90% capacity for emergency beds, with demand still growing.

Mr Covas said he was in crisis talks with the state governor over introducing a strict lockdown to try to slow contagion before hospitals ran out of space in an estimated two weeks' time.

Health experts in Brazil have warned that the real number of confirmed infections in the country may be far higher than the official records, due to a lack of testing.

"Brazil is only testing people who end up in the hospital," Domingo Alves from the University of São Paulo Medical School told AFP news agency last week.

"It's hard to know what's really happening based on the available data. We don't have a real policy to manage the outbreak," he said.

Mr Alves is one of the authors of a study that estimated the real number of infections was 15 times higher than the official figure.

Brazil's far-right president Jair Bolsonaro has been strongly criticised both at home and abroad for his handling of the country's escalating coronavirus crisis.

Mr Bolsonaro continues to oppose lockdown measures. He has downplayed the virus as "a little flu" and has said the spread of Covid-19 is inevitable.