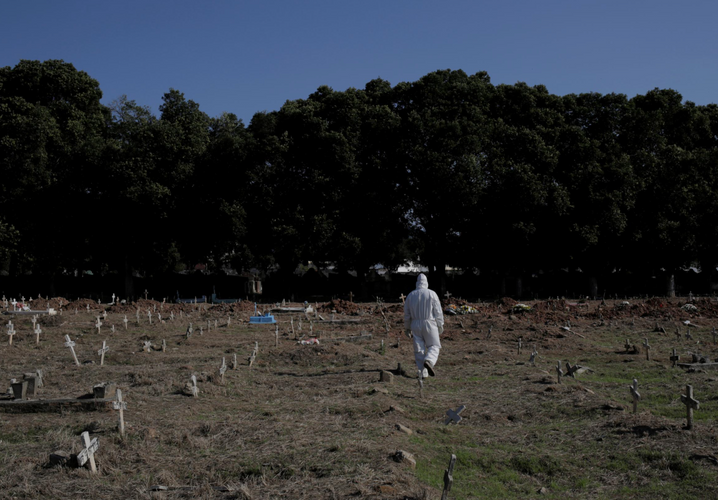 Brazil, the world’s No. 2 coronavirus hot spot after the United States, officially passed 50,000 coronavirus deaths on Sunday, a blow for a country already grappling with more than 1 million cases, rising political instability and a crippled economy, APA reports quoting Reuters.

Brazil now has a total of 1,085,038 confirmed cases and 50,617 deaths, up from 49,976 on Saturday, the Health Ministry said. Experts say the true numbers are a lot higher because of a lack of widespread testing. Latin America’s largest country has typically recorded more than 1,000 deaths a day, but usually registers fewer on the weekends.

Brazil confirmed its first case of the novel coronavirus on Feb. 26 and passed 1 million cases on Friday. Since first arriving in the country, the virus’ rapid spread has eroded support for right-wing President Jair Bolsonaro and has raised fears of economic collapse after years of anemic growth.