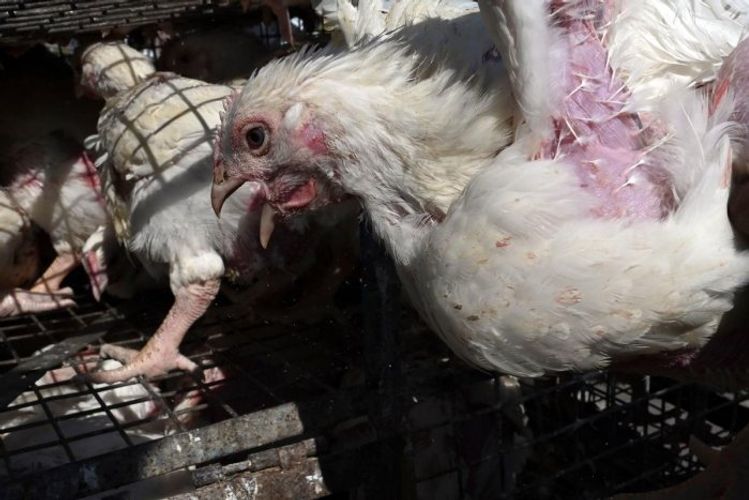 Brazil wants India to cut its import taxes on chicken and chicken products, so it can cash in on India’s burgeoning demand for poultry and poultry products as incomes rise and food habits change, APA reports citing Reuters.

India imposes a 100% import tax on chicken products and a 30% duty on whole chickens, too high for countries such as Brazil and the United States to gain a foothold in the market, where the poultry industry is growing at more than 10% a year.

“We would like to urge India to lower its tariffs on chicken and chicken products which are far too steep,” Brazilian Agriculture Minister Tereza Cristina Dias told Reuters during a visit to India.

Brazil would also like to import an array of goods from India, she said.

“Our trade ties can be a win-win situation for both countries as we’re equally keen to import from India and offer any technical know-how that India might look forward to,” Dias added.

The United States also wants India to lower its import duties on chicken — a request that has unnerved the domestic poultry industry which is opposed to any cut in the tariffs.

Brazil would also like to work with India on ethanol production which would help New Delhi use more ethanol blends of gasoline, Dias said.

India dislodged Brazil as the world’s biggest sugar producer two years ago. And higher sugar output since then has led to large inventories and a free fall in local prices.

To overcome the glut, mills in India are now trying to divert sugar cane to produce more than ethanol than sugar. But in comparison with Brazil, India’s biofuel industry is still in its nascent stage.

Asked if the Brazilian delegation discussed the issue of India’s sugar subsidies, Dias said: “We have not talked about sugar at all. The issue is already at the WTO.”

Brazil has taken India’s subsidies for sugar exports to the World Trade Organization (WTO), saying they are not in line with WTO rules and would hurt free competition in the global market. Australia and Guatemala have also questioned the subsidies at the WTO.

India, struggling with surplus sugar supplies, has approved a subsidy of 10,448 rupees ($145.58) a tonne for exports in the 2019/20 season - a move that encouraged mills to clinch overseas sales deals early this year.

India had first urged Brazil to buy both corn seeds and onion in 2012.