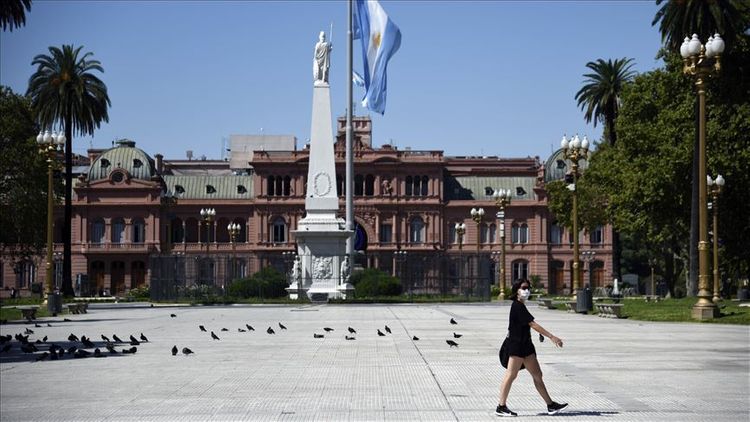 The death toll in Latin America and the Caribbean from the novel coronavirus rose to 422,102 Monday, according to US-based Johns Hopkins University, APA reports quoting Anadolu Agency.

Brazil, Mexico, Peru, Colombia and Argentina have suffered the most fatalities in the region.

President Alberto Fernandez announced Monday that Argentina will buy 25 million doses of the Russian Sputnik V vaccine against COVID-19, which could arrive between December and January.

“We would be able to get 10 million doses of the first vaccine and 10 million of the second one. The vaccine needs two doses," said Fernandez.

"We could have 10 million of each one of those doses in December and in the first days of January, we could have -- according to what I was told -- 15 million more. That is very important for us.”

After the country implemented one of Latin America’s strictest lockdowns, its fight against the coronavirus took a turn for the worse as the nation saw a surge in deaths during September and October. It currently has 1,173,533 cases and more than 31,000 deaths.

As the country surpassed 902,500 cases and more than 34,400 deaths, with one of the highest fatality rates per capita in the world, Peru’s Congress decided Monday to start a new process to remove President Martín Vizcarra from office over fresh corruption allegations.

A month and a half after Vizcarra survived an impeachment trial, lawmakers voted to move forward with impeachment proceedings over allegations that he accepted bribes of about 2.3 million soles ($637,000) when he was the governor of Moquegua.

A group of demonstrators gathered in Sao Paulo to protest against COVID-19 vaccines becoming mandatory, supporting President Jair Bolsonaro, who has reiterated that vaccinations will not be obligatory when they become available.

People called for the removal of Sao Paulo state governor Joao Doria, who has said state residents will be required to be vaccinated.

Brazil’s COVID-19 case count surpassed 5.5 and the death toll now stands at over 160,000. The country has the world’s second highest death toll behind the US, according to a tally maintained by Johns Hopkins University.

Cuba's capital Havana resumed classes Monday in order to conclude the academic year interrupted on March 24 due to the COVID-19 pandemic.

Classrooms reopened in the capital -- where the epidemiological situation was more complicated than in the rest of the country -- to complete the school year, which was supposed to end in July.

October was the second-worst month for coronavirus cases in Mexico since the start of the pandemic, official data shows.

Mexico has now recorded a total of 929,392 confirmed coronavirus cases and the official death toll stands at 91,895.