Canada's and Iran's foreign ministers to meet on Friday 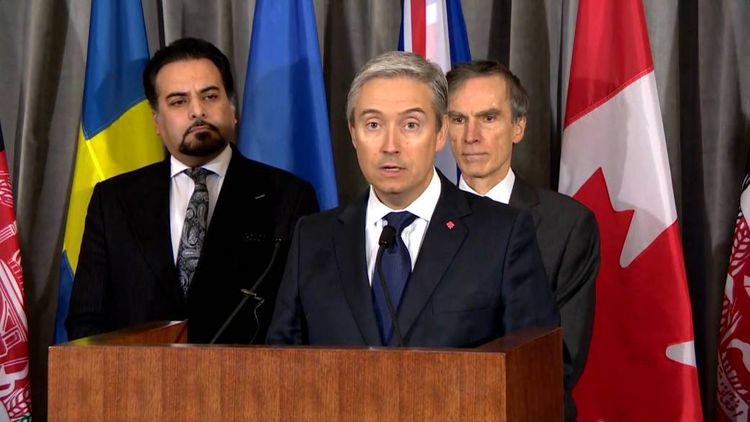 The two will meet in Muscat, Oman, Champagne’s spokesman Adam Austen said. It will be the third time that they will have spoken since the disaster, despite Canada having broken off diplomatic relations with Iran in 2012.

The meeting comes after five countries, including Canada, met in London on Thursday and demanded that Tehran pay compensation to families of the victims. [nL8N29L5VB]

Earlier on Friday, a spokesman for Iran’s foreign ministry, Abbas Mousavi, said all the countries involved in the tragedy should avoid turning it into a political issue, according to ISNA news agency. [nL8N29M18M]

Canada’s Prime Minister Justin Trudeau is due to hold a news conference at 10:30 a.m. ET (3:30 p.m. GMT) to discuss the ongoing investigation into the disaster.