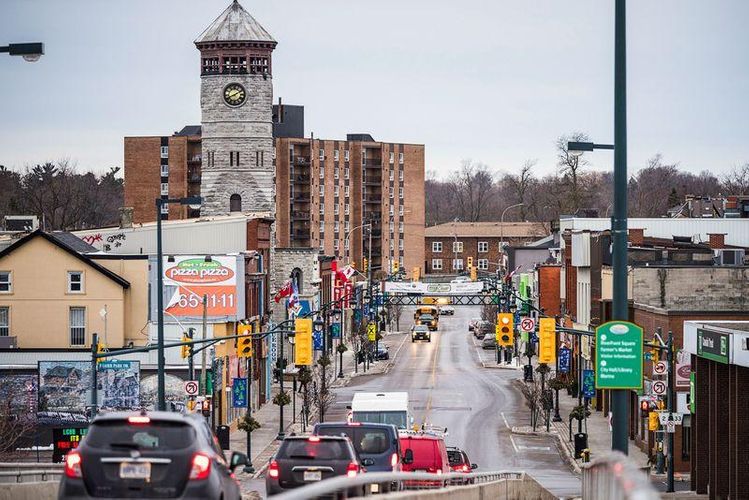 A small town in central Canada that is host to the country’s largest air force base is preparing, with some apprehension, for the arrival of some 200 evacuees from Wuhan, China, the epicenter of a coronavirus outbreak, APA reports citing Reuters.

Canada plans to fly the evacuees to the base in Trenton, Ontario, the country’s main military hub for air transport, and hold them in quarantine for two weeks. The outbreak has killed 492 people and sickened nearly 25,000 worldwide.

Canadian Prime Minister Justin Trudeau said on Wednesday the plane was expected to arrive on Friday.

“We understand that because of SARS (severe acute respiratory syndrome), they are much more prepared for things like that,” said Cindy McMaster, 55, who manages the local Bargain Bin discount store. “But it’s not fair to say people aren’t worried or scared, because they are. And it is a concern in our area.”

SARS, a contagious respiratory illness, killed 44 people in Canada in 2002-2003, the only country outside Asia to report deaths from that virus. Government health officials say Canada is better prepared this time.

The evacuees arriving from China will be separated from each other and from others on the base, although family units will be kept together, the government has said. They will all stay at Yukon Lodge, a new facility on the base which resembles a small chain hotel.

Individuals will only be moved to a hospital if they require acute care, said the local health authority, but local hospitals were prepared, with 21 negative-pressure rooms at four of them.

“I was in the military, I know how it works,” said resident Joyce Aucoin, 81. “There’s going to be people upset about it but once they’re here and once they’re settled and they see what’s going on, I think it will all pass.”

Lynn Cao, 60, who owns a tobacco shop in the town, had been concerned about the plane arriving until she received reassuring emails from friends on the base.

Cao said she was more anxious about her mother and sister, who live near the Chinese capital Beijing, and had sent them a large number of face masks to limit their chances of infection.

Masks were already sold out at most of the town’s pharmacies, and at some, even before the airlift was announced.

“It just seems like everything is so overblown,” said Frank Meiboom, president of the local rotary club. “Let’s bring these people home, bring them back to Canada and give them the best care we can and say ‘welcome home.’”