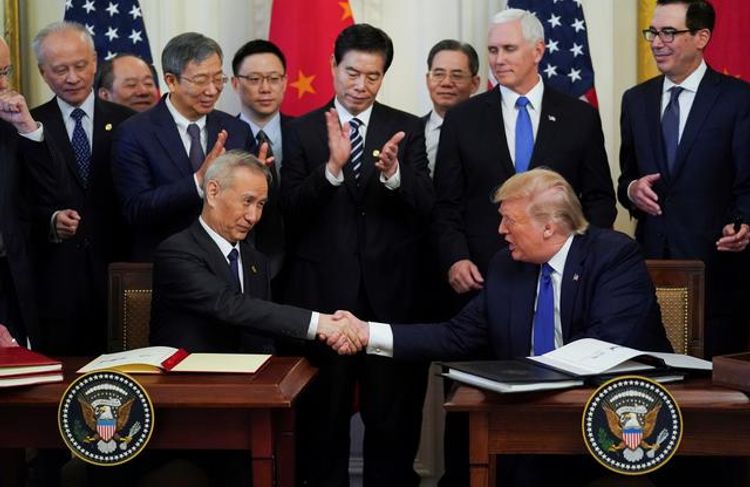 President Trump and Chinese Vice Premier Liu He are signing a "Phase One" trade deal in the White House's East Room Wednesday morning, after lengthy negotiations and a nearly two-year-long trade war that has hurt U.S. farmers and created a drag on global economic growth, APA reports citing Fox News.

The president has touted the deal as "very large and comprehensive" and says he planned to travel to Beijing to negotiate the next phase.

"This is a very important and remarkable occasion," Mr. Trump told the audience Wednesday. "Today we take a momentous step, one that has never been taken before with China, toward a future of fair and reciprocal trade as we sign Phase One of the historic trade deal between the United States and China. Together, we are righting the wrongs of the past and delivering a future of economic justice and security for American workers, farmers and families. I want to thank President Xi, who is watching as we speak, and I'll be going over to China in the not too distant future to reciprocate, but I want to thank President Xi, a very very good friend of mine."