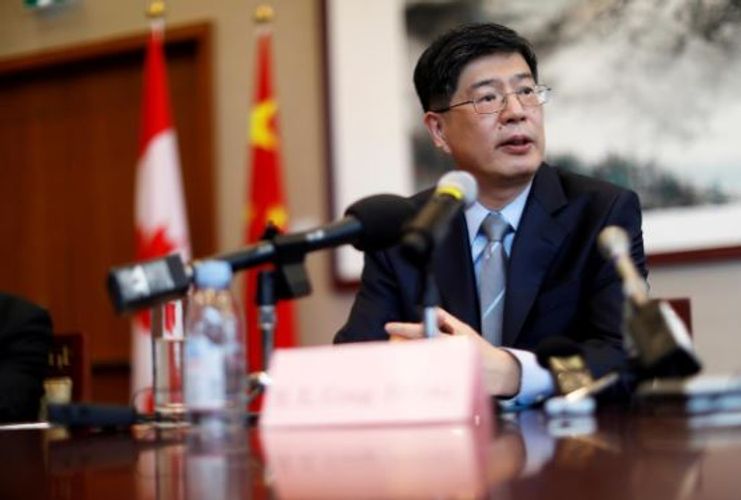 China’s new ambassador to Canada visited a senior Huawei Technologies Co Ltd official who is fighting extradition to the United States and urged Ottawa to release her, the embassy said on Friday, APA reports citing Reuters.

Relations between Canada and China turned icy a year ago, after Vancouver police detained Huawei Chief Financial Officer Meng Wanzhou on a U.S. arrest warrant. She is currently out on bail and awaiting court hearings due to start next year.

Ambassador Cong Peiwu, who took up his post earlier this month, on Thursday extended his warm regards to Meng and said Beijing “will continue to urge the Canadian side to correct its mistake” and release her immediately, the embassy said in a statement.

“The great motherland and nearly 1.4 billion Chinese people are your staunchest supporters. We expect you to go back to China safe and sound at an early date,” it quoted Cong as telling Meng.

The office of Canadian Foreign Minister Francois-Philippe Champagne was not immediately available for comment. Champagne said last week he had pressed his Chinese counterpart on the case of the two detainees.