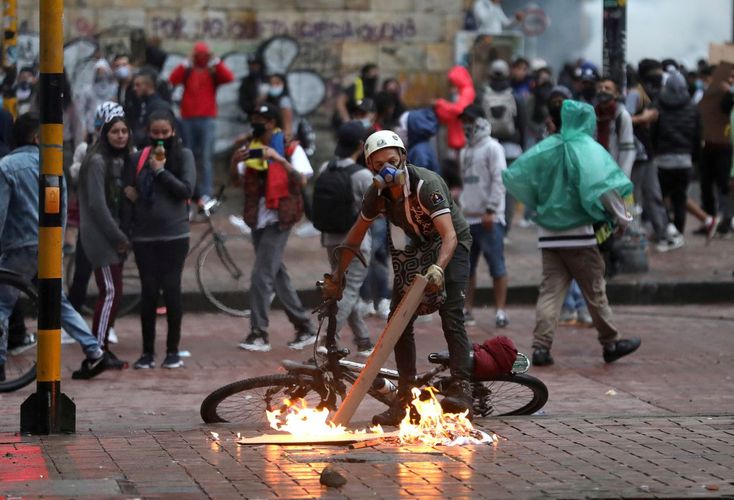 Colombia's defense minister on Monday blamed illegal armed groups for looting and vandalism during five days of street protests but would not confirm how many demonstrators had died, APA reports quoting Reuters.

The protests, which began last week, demanded the withdrawal of a tax reform proposed by the government of President Ivan Duque, who said on Sunday the legislation would be retracted.

Demonstrations resumed on Monday in the capital, Bogota, and other cities including Medellin and Cali despite the announcement, with highways also blocked in some areas of the country.

"Colombia faces particular threats from criminal organizations that are behind these violent acts," Defense Minister Diego Molano told a news conference, adding those committing violence were not those marching peacefully.