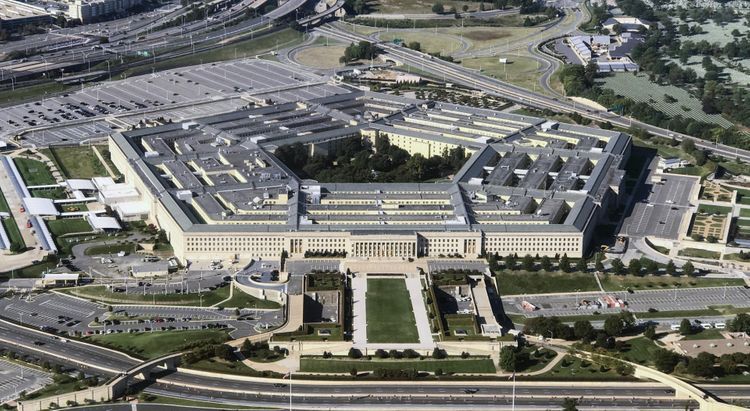 A leaked Pentagon memo on Tuesday revealed that top Department of Defense (DOD) officials have been planning for the possibility that the military could be dealing with a “globally-persistent” coronavirus pandemic well into 2021, APA reports citing The Hill.

The memo, obtained by Task & Purpose, also warned of the “real possibility” that a vaccine for COVID-19 won’t be available until “at least the summer of 2021.”

“We have a long path ahead, with the real possibility of a resurgence of COVID-19. Therefore, we must now re-focus our attention on resuming critical missions, increasing levels of activity, and making necessary preparations should a significant resurgence of COVID-19 occur later this year,” it read.

When reached by The Hill, a Pentagon official said they could not find a version of the memo as reported by Task & Purpose and could not confirm it specifically.

They did confirm that the department “continues to develop plans that address operating in the COVID-19 environment,” and some versions of such plans had similar language as the reported memo, but none have been approved.

"Senior DoD officials have discussed the development of a plan to reduce Health Protection Conditions around the world and continue the 2020 summer move cycle safely," they said. "The plans have not been approved by senior DoD leaders yet, and we’re not going to discuss what might be in the final version of those plans."

President Trump on Friday unveiled a federal task force in charge of an effort he hopes will produce a coronavirus vaccine by the end of the year, a presentation at which Defense Secretary Mark Esper also spoke.

“We will deliver, by the end of this year, a vaccine, at scale, to treat the American people and our partners abroad,” Esper said at the White House.

The Pentagon later clarified that Esper was merely announcing a goal and was not promising a vaccine by the end of 2020.

The administration’s push for a vaccine in such short time has been met with skepticism from health experts, who have said the development of a new vaccine can take 12 to 18 months at least.

Anthony Fauci, a member of the White House's coronavirus task force, has said it’s possible a vaccine will be ready in January. He has cautioned, however, that there is “no guarantee” a given vaccine will be effective.

The new memo — which was unsigned but reportedly prepared by Kenneth Rapuano, assistant secretary of defense for homeland defense and global security — adds to the skepticism that a coronavirus vaccine will be ready by early next year.

“All indications suggest we will be operating in a globally-persistent COVID-19 environment in the months ahead,” the memo read. “This will likely continue until there is wide-scale immunity, through immunization, and some immunity post-recovery from the virus.”

The document called for increased testing as well as a registry “to track and closely monitor outcomes of those infected with COVID-19.”

The memo also contained an outline for how the military could eventually reopen, including the return of training exercises and the movement of forces.

Defense officials have said the coronavirus will be an obstacle to the military at least until a vaccine is developed, with Esper earlier this month acknowledging that the Pentagon is “preparing for a second wave and maybe more” of the illness.

“We don't know what the trajectory of this virus will be. So my view has been that we’ll be at this for a number of months, at least until we get a vaccine,” Esper said during a visit to U.S. Northern Command in Colorado, adding that he doesn’t see social distancing “easing anytime soon.”