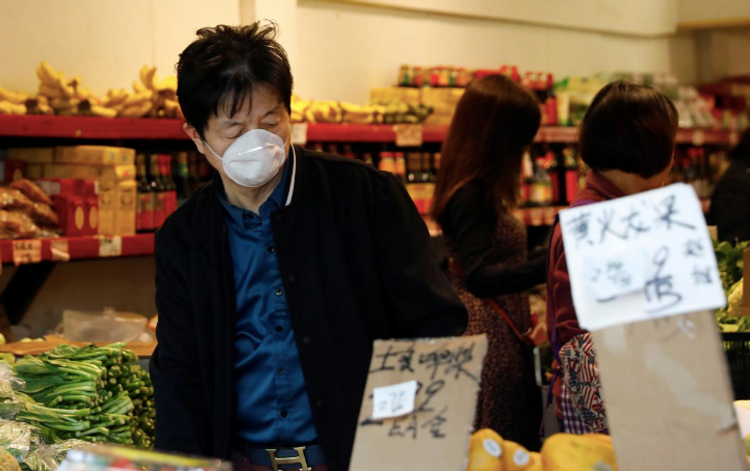 Asia reported hundreds of new coronavirus cases on Wednesday, including the first U.S. soldier to be infected, as the United States warned of an inevitable pandemic, and outbreaks in Italy and Iran spread to more countries, APA reports citing Reuters.

Asian shares fell on Wednesday as the U.S. warning to Americans to prepare for a likely coronavirus pandemic jolted Wall Street again and pushed yields on safe-haven Treasuries to record lows.

Stock markets globally have wiped out $3.33 trillion of value in the past four trading sessions, as measured by the MSCI all-country index .MIWD00000PUS that comprises stocks across 23 developed and 26 emerging markets.

The disease is believed to have originated in a market selling wildlife in the Chinese city of Wuhan late last year and has infected about 80,000 people and killed more than 2,700, the vast majority in China.

Adding to a growing sense that a rapid spread of the virus in more places is inevitable, a top World Health Organization (WHO) official urged that preparations be made now.

In the United States, the U.S. Centers for Disease Control and Prevention also urged Americans to prepare, saying that while the immediate risk there was low, the global situation suggested a pandemic was likely.

“It’s not a question of if. It’s a question of when and how many people will be infected,” the CDC’s principal deputy director, Anne Schuchat, said on Tuesday.

The United States has reported 57 cases of the virus.

Dr Bruce Aylward, head of a joint WHO-Chinese mission on the outbreak, told reporters on his return to Geneva that preparations should not wait.

“Think the virus is going to show up tomorrow. If you don’t think that way, you’re not going to be ready,” he said.

“This a rapidly escalating epidemic in different places that we have got to tackle super fast to prevent a pandemic.”