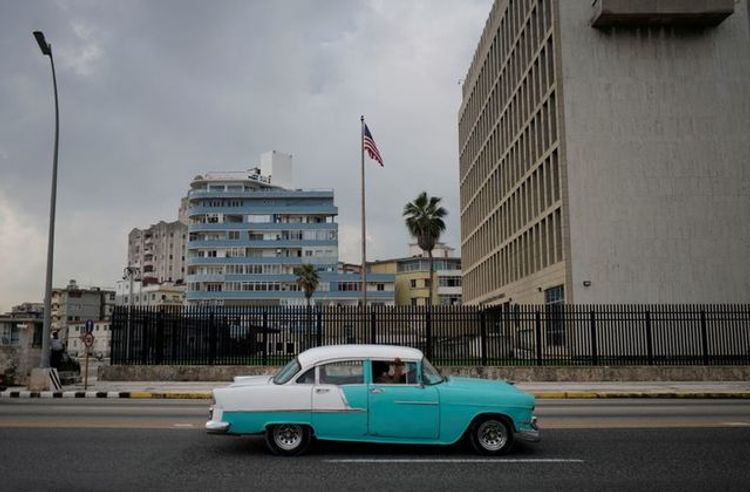 Drivers honked their horns and applause erupted in Havana on Saturday after Joe Biden was declared the winner of the U.S. presidential election, reflecting hopes on the Communist-run island that he would seek to improve U.S.-Cuban ties, APA reports citing Reuters.

Many Cubans say they do not expect the Democratic former U.S. vice president to lift the decades-old American trade embargo on the Cuba or that bilateral relations will return to the heady days of detente under former President Barack Obama.

But they feel encouraged by Biden’s assurances he will promptly reverse President Donald Trump’s policies that “have inflicted harm on the Cuban people and done nothing to advance democracy and human rights.”

“I’m tremendously happy,” said Miriam Corrales, 68, a retired economist, who applauded after the news was announced on Cuban state television.

“Biden gives me the impression he will do everything possible to ease sanctions and leave behind the pressures we experienced with Trump.”

The Trump administration unraveled much of Obama’s detente, reverting instead to a decades-old U.S. policy of choking Cuba’s already inefficient state-run economy to force democratic reforms, exacerbating shortages of even basic goods.

“Trump wanted to bury us alive,” said Mercedes Rodríguez, 43, a teacher whose livelihood, like that many of many Cubans, was directly impacted by Trump’s measures. Her sister in the United States sends money every few months to supplement her low salary. But just 10 days before the Nov. 3 U.S. election, the Trump administration announced measures that will likely prevent U.S. money transfers to Cuba.

A top Biden foreign policy adviser told Reuters on condition of anonymity last week that the Democrat would “reverse the decisions that are separating families, limitations on family travel and remittances” if he won the White House.

That suggests, amongst various measures, that Biden could re-staff the U.S. embassy in Havana, which the Trump administration reduced to skeletal staffing after a series of mysterious illnesses among diplomats stationed there.

That move had forced Cubans to go abroad to get visas to visit their families within the large Florida diaspora.

Norma Hernandez is among the many Cubans working in the Caribbean island’s key tourism sector who hope Biden will also ease Trump’s restrictions on non-family U.S. travel to Cuba. Reservations at her bed-and-breakfast have fallen 80% over the past four years.

Benjamin Gedan, a former National Security Council official under Obama and now a scholar at the Wilson Center think tank in Washington, said he expected “a return to the belief that economic engagement gives more autonomy to Cubans from the state and starts a longer process of potential political opening”.

Under Obama, remittances and U.S. travel had fostered the expansion of Cuba’s fledgling private sector, giving citizens start-up capital and a generous clientele.

But the Biden adviser who spoke to Reuters added that while the incoming president wants to “empower” the Cuban people, “we can’t turn back the clock to January 2017.”

Asked whether Biden would ease or lift sanctions that Trump imposed on Cuba, including on oil tanker traffic from Venezuela to Cuba, the adviser said: “We’ll have to take a look there at the whole landscape, what we inherit.”

Whatever steps Biden does take towards improving relations, it’s important they be reciprocated by the Cuban government this time, unlike under Obama when they were not, said Ricardo Herrero, executive director of the Cuba Study Group, a Miami exile organization which supports closer U.S.-Cuban ties.

“It’s the only way to make relations resilient against the stresses of political polarization in the United States,” he said.