Deadly storm Sally leaves 550,000 without power in US 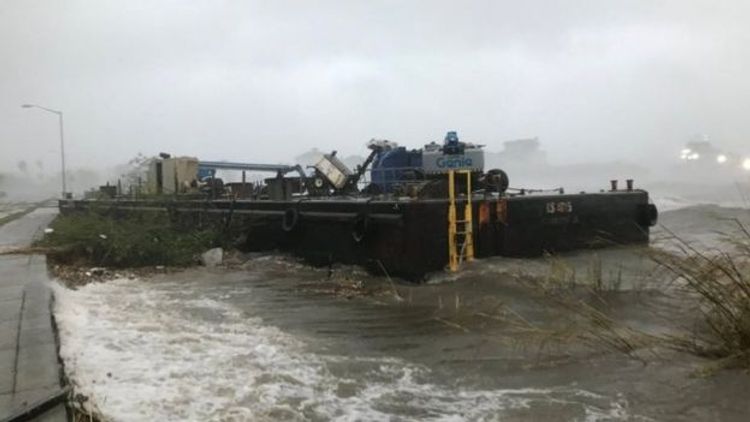 Tropical Storm Sally has left more than half a million Americans without power as its torrential rains and storm surges lashed the US Gulf coast, APA reports citing BBC News.

Sally weakened after it made landfall as a Category 2 hurricane on Wednesday, but the slow-moving storm continues to batter Florida and Alabama.

One person was killed and hundreds were rescued from flooded areas.

Pensacola, in Florida, was badly hit, with a loose barge bringing down part of the Bay Bridge.

"Catastrophic and life-threatening flooding continues over portions of the Florida Panhandle and southern Alabama," the National Hurricane Center (NHC) said.

The storm has brought "four months of rain in four hours" to the city, Pensacola fire chief Ginny Cranor said.

One person died and another was missing in the town of Orange Beach, Alabama, the mayor said without giving further details.