Deadly tornadoes plough through the southern US 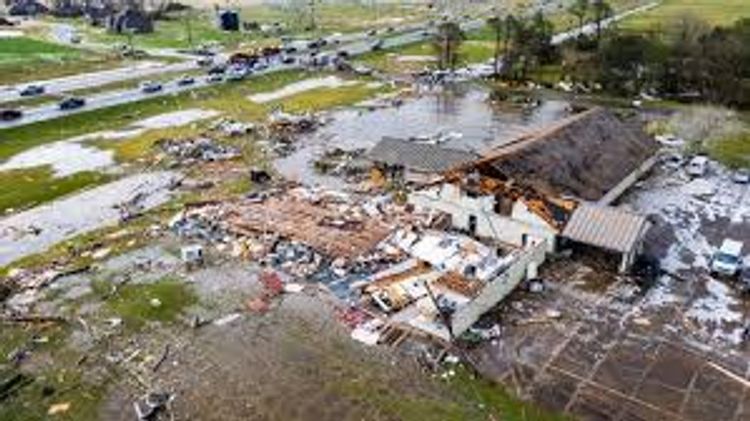 Twenty-six tornadoes are reported to have touched down across southern US states, killing at least three people, APA reports citing Al Jazeera.

Most of the tornadoes on Monday were reported in Mississippi, Louisiana and Alabama. The damage was widespread and several people were injured.

The National Weather Service (NWS) reported one tornado travelled more than 95km (60 miles) across central Louisiana, wreaking havoc along its path for more than an hour.

At the same time, another dangerous storm formed just west of Jackson, Mississippi. Storm chasers in the area confirmed there was a tornado on the ground and damage was reported.

By Monday night, more than 22,000 homes in Mississippi were without power and more than 10,000 in Louisiana.

The storms that spawned these tornadoes are part of a severe weather system moving east across the US.

The line of thunderstorms will continue to move over Georgia and the Carolinas on Tuesday, bringing the threat of tornadoes as the storms develop.

Meanwhile, behind this line of rain and thunderstorms, bitterly cold air is bringing more snow to regions throughout the Midwest.

Winter weather advisories are in place from southern Missouri through Indiana and up into Southern Maine and New Hampshire.

Areas from Kansas to Indiana could see more than 15 centimetres (6 inches) of snow on Tuesday, with the wintry weather continuing to make its way across the Ohio Valley and into the northeast. Widespread travel delays are expected.