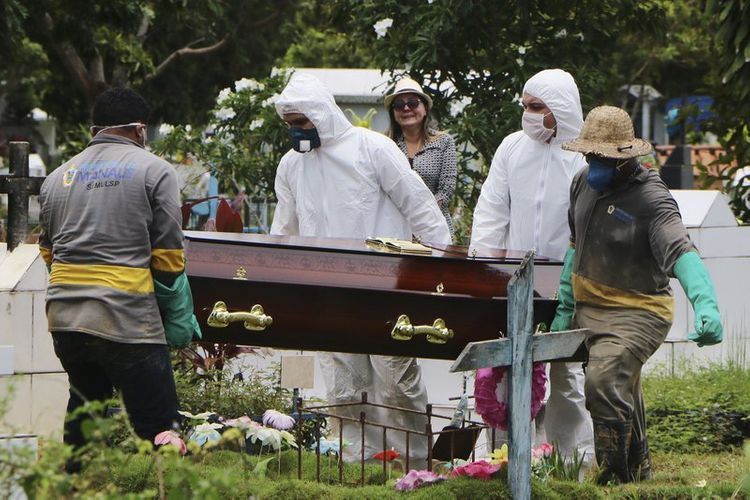 A tally of figures collated by Johns Hopkins University shows that the total number of virus-related deaths in Latin America and the Caribbean is now more than 100,000, APA reports citing BBC News.

More than half of these deaths have been reported in Brazil, where case numbers continue to be among the highest in the world, behind only the US.

Mexico has over 23,300 fatalities. Both countries have taken less severe lockdown measures than many other nations and neither has imposed nationwide restrictions.

Peru and Chile have also been badly affected, with 8,404 and 4,505 deaths respectively.

Latin America now consistently reports more daily cases than the US and Europe, and experts say the peak of the epidemic in some countries is still weeks away.