Department of State: US to keep pressure on Russia over Minsk deal implementation 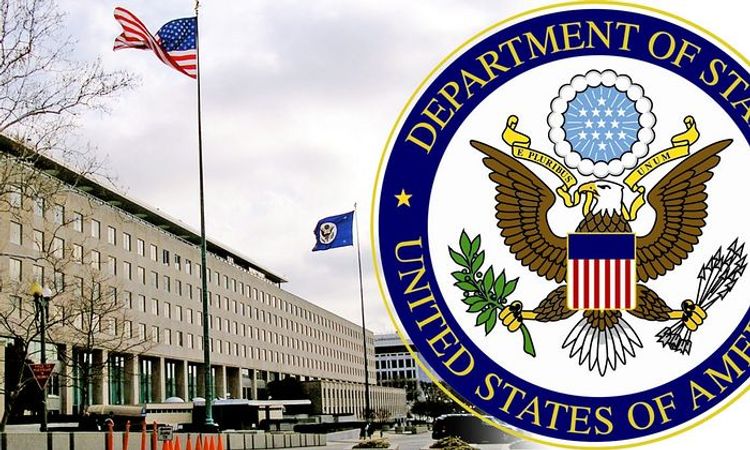 The United States and its partners will continue to exert pressure on Russia regarding its implementation of the Minsk agreements on Ukrainian reconciliation, US Department of State Spokesperson Morgan Ortagus said in a statement, APA reports citing TASS.

"The United States is committed to working with our Allies and partners to keep pressure on Russia to live up to its commitments under the Minsk agreements and to begin the process of peacefully restoring Ukraine’s full sovereignty over the Donbas," Ortagus said. "This would be a first step in the full restoration of Ukraine’s territorial integrity within its internationally recognized borders, including its territorial waters."

Moreover, the spokesperson added that in the run-up to the Normandy Quartet (Germany, Russia, Ukraine and France), due to take place in Paris on December 9, the United States "reaffirms our unwavering support for Ukraine’s sovereignty and territorial integrity."

"In recent weeks, Ukrainian President Zelenskyy has taken prudent but difficult steps towards peace and reform, which include: engaging diplomatically to advance the peace process; furthering disengagement along the line of contact; strengthening the rule of law; creating a healthier investment climate; and streamlining Ukraine’s defense sector," she continued. "The United States commends Ukraine for instituting reforms necessary for its long-term security and prosperity."

"The United States stands with Ukraine as it moves forward with peace negotiations," Ortagus said.