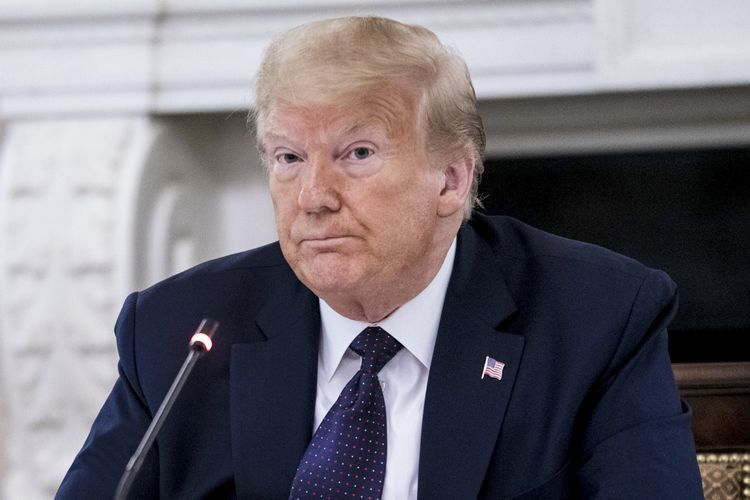 His rival Joe Biden urged for patience with the vote count.

US President Donald Trump claimed that the available results of the election are a "major fraud" on the American public as he addressed his supporters early Wednesday morning at the White House.

"This is an embarrassment to our country," he said. "We will win this. As far as I'm concerned, we already have."

His cushioned remarks fell short, however, of an outright declaration of victory —  a prospect that raised concern in the days leading up to Tuesday's election.

Suggesting that he would reject results favoring his opponent Joe Biden following a drawn-out count, he said his administration wants the law "to be used in a proper manner."

Trump pledged to involve the US Supreme Court in evaluating unfavorable election results, and called for "all voting to stop" although polls had already closed.

"We'll be going to the US Supreme Court," he said.

"We don't want to find any ballots at four in the morning and add them to the list. We will win this. As far as I'm concerned, we already have," he said.

Trump also prematurely claimed victory in the key battleground states of Georgia and North Carolina, where ballots are still being counted.