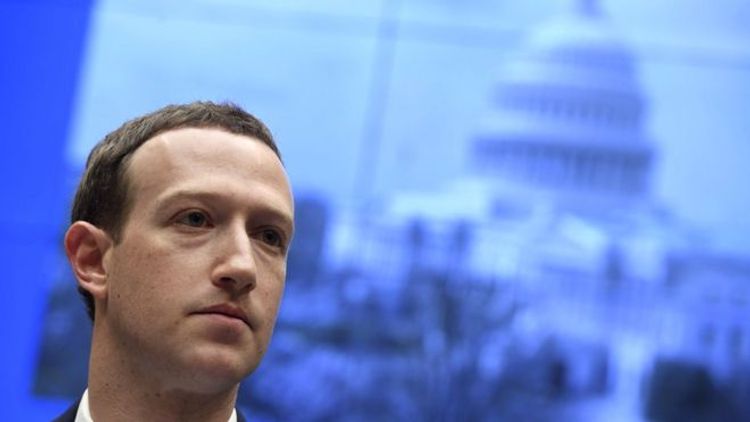 The company said the offending ad contained an inverted red triangle similar to that used by the Nazis to label opponents such as communists.

Mr Trump's campaign team said they were aimed at the far-left activist group antifa, which it said uses the symbol.

"We don't allow symbols that represent hateful organisations or hateful ideologies unless they are put up with context or condemnation," the social network's head of security policy, Nathaniel Gleicher, said on Thursday.

He added: "That's what we saw in this case with this ad, and anywhere that that symbol is used we would take the same actions."

The ads, which were posted on the site on pages belonging to President Trump and Vice-President Mike Pence, were online for about 24 hours and had received hundreds of thousands of views before they were taken down.

"The inverted red triangle is a symbol used by antifa, so it was included in an ad about antifa," Tim Murtaugh, a spokesman for the Trump campaign, said in a statement.

"We would note that Facebook still has an inverted red triangle emoji in use, which looks exactly the same," he added.

Mr Trump has recently accused antifa of starting riots at street protests across the US over the death in police custody of African American George Floyd. 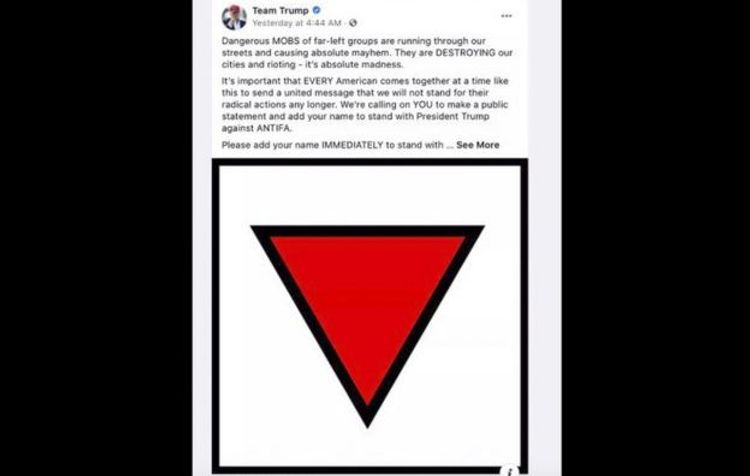