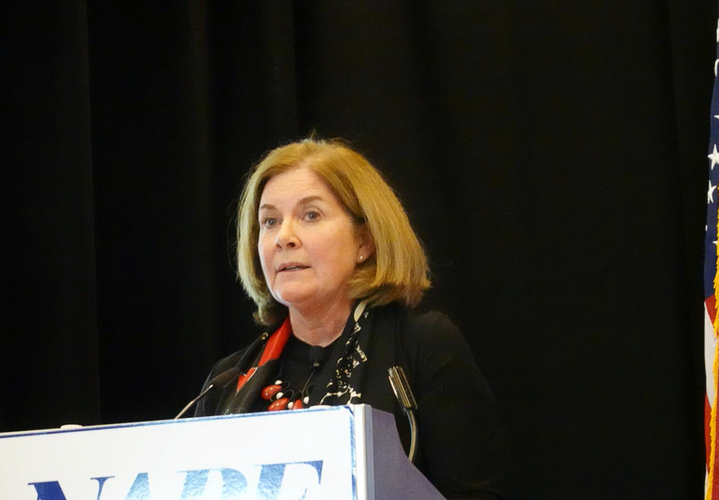 The possibility of a surge in COVID-19 infections is likely to remain a threat to the U.S. economy until a vaccine is developed, and a full recovery is still far off, Kansas City Federal Reserve Bank President Esther George said Thursday.

The shutdowns enacted to control the virus disproportionately hit hospitality, education, health and retail, and it will take a while for the economy to recover fully, George said in remarks prepared for a virtual event organized by the Economic Club of Kansas City.

“While we saw strong job gains in these industries in May, with employment increasing by 2 million jobs, a full recovery is still far off,” she said.

The Fed’s efforts to boost market liquidity and improve market functioning through asset purchases and a slate of emergency lending facilities seem to have worked, George said. But economic activity may not fully rebound, and the possibility of a new surge of infections is likely to remain a “persistent risk” until a vaccine is developed, she cautioned.