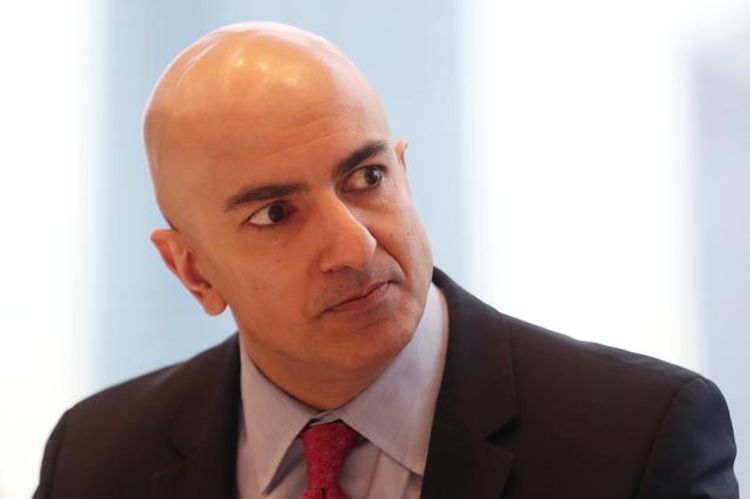 The Federal Reserve is likely to keep interest rates where they are until mid-2020 but may then need to cut them, Minneapolis Fed Bank President Neel Kashkari said on Wednesday, pointing to the coronavirus in China as one potential risk to the U.S. economy, APA reports citing Reuters.

“If I were to guess, I’d guess we’re probably going to sit here for the next three months, next six months, maybe longer,” Kashkari told a symposium in Mankato, Minnesota.

“But if I were to guess what the next move would be, my best guess is the next would be down rather than up, because we are pretty close to neutral today, and there are any number of shocks around the global economy that could hit the U.S. economy and call for lower rates.”

One such shock, he said, could come from the impact of the coronavirus that in China has killed more than 2,000 people, sickened more than 74,000, and slowed or stopped industry in many of its cities.

Though China’s government has reported a slowdown in new infections, Kashkari said he looks at such data “with somewhat of a skeptical eye.”

“China’s economy is a big engine,” Kashkari said. “It’s unlikely that if this continues that we are going to be completely immune to the economic effects of the virus in Asia.”

Most Fed policymakers have similarly warned that the spread of the disease, and the efforts to contain it through restrictions on travel and other means, could disrupt global supply chains, and already some U.S. companies including Apple Inc (AAPL.O) have said they expect profits to slip as a result.

Kashkari said the impact from the virus could deliver a negative “shock” that could force the Fed to lower rates from their current target range of 1.5% to 1.75%.

Last year the Fed reduced rates by three-quarters of a percentage point to shield the U.S. economy from the effects of a global slowdown and trade uncertainty that has since eased with the signing of a partial U.S.-China truce on their tariff war.

On the other hand, Kashkari said, “Let’s say the coronavirus passes, optimism returns to the global economy, people start investing, people start spending again: That would be a positive shock, as we call it, and that might call for higher interest rates.”