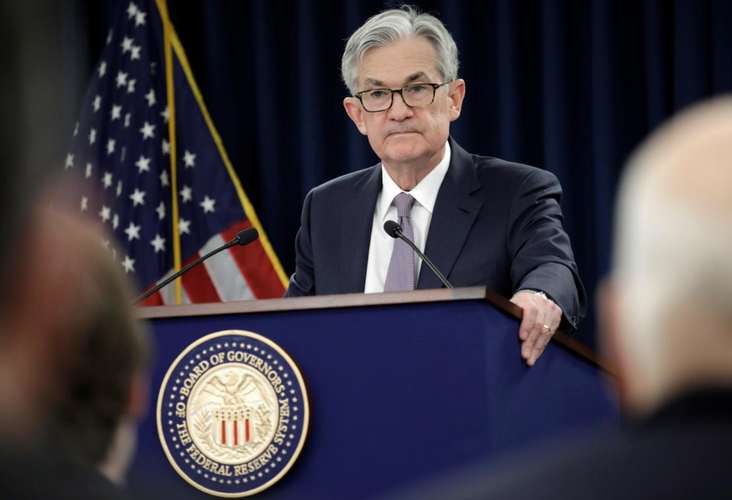 The Federal Reserve held interest rates steady on Wednesday at its first policy meeting of the year, with the head of the U.S. central bank pointing to continued moderate economic growth and a “strong” job market, and giving no sign of any imminent changes in borrowing costs, APA reports quoting Reuters.

“We believe the current stance of monetary policy is appropriate to support sustained economic growth, a strong labor market and inflation returning to our symmetric 2% objective,” Fed Chair Jerome Powell said at a news conference following the central bank’s unanimous decision to maintain the key overnight lending rate in a range of between 1.50% and 1.75%.

He noted signs that global economic growth was stabilizing and diminishing uncertainties around trade policy, concern about both of which were key factors in the Fed’s decisions to cut rates three times last year.

But, he added, “uncertainties about the outlook remain, including those posed by the new coronavirus.” The outbreak of the new flu-like virus in China has led to fears of a further slowdown in the world’s second-largest economy.

After ticking off a list of positive developments, including the initial trade agreement reached recently by the United States and China and some indication a slip in global manufacturing has hit bottom, Powell noted China’s economy would see at least a short-term hit from the coronavirus outbreak.

“We are very carefully monitoring the situation,” Powell told reporters, adding that while the implications of the outbreak for China’s output are clear, it is “too early” to determine its global effect or impact on the U.S. economic outlook.

The Fed’s statement, calling out solid job gains and low unemployment, was little changed from the one issued after its December meeting.