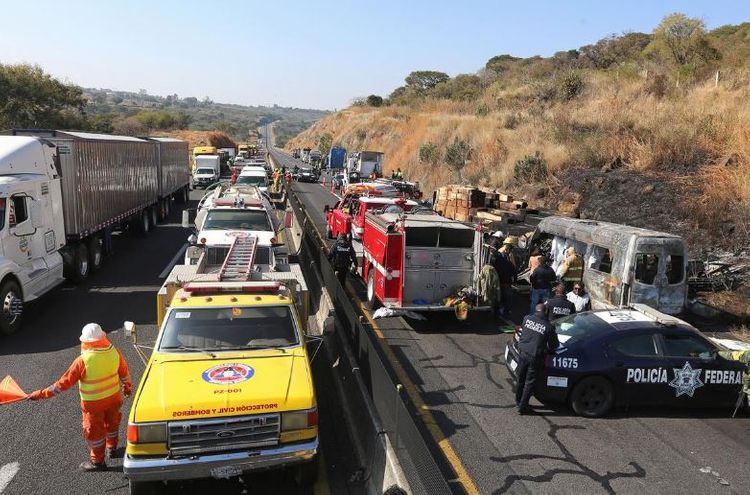 At least 14 people were killed and 12 others were injured when a van crashed into a truck on a highway in Mexico’s Jalisco state and burst into flames, officials and local media said on Wednesday, APA reports quoting Reuters.

Two of the injured passengers, an adult and a baby, were in critical condition and airlifted to a hospital. Some of the victims’ bodies were completely charred.

The Nissan Urvan van slammed into the truck, which was loaded with wood beams and parked on the side of the highway, Jalisco state authorities said in a statement.

According to a Reuters photographer at the scene, the highway was largely closed to traffic as forensic workers extracted bodies from the wreck, wrapped them in black plastic bags and placed them into white vans belonging to the Jalisco coroner.