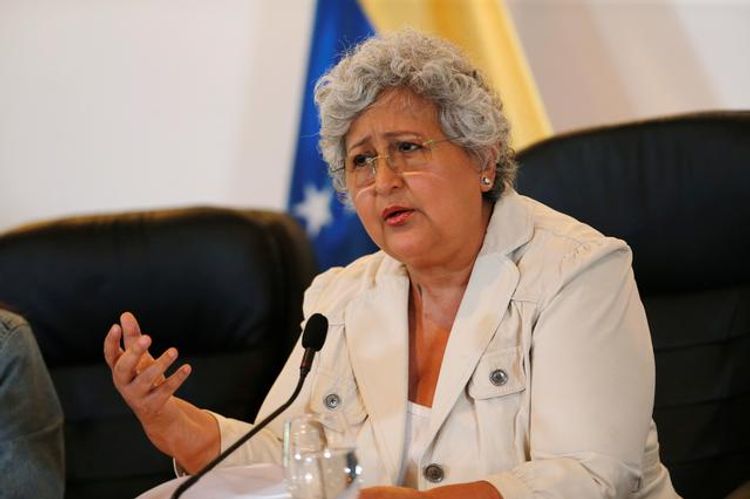 Venezuela’s elections council said on Sunday that a fire over the weekend destroyed most of the voting machines stored in its main warehouse in the capital, Caracas, potentially complicating parliamentary elections scheduled for this year, APA reports citing Reuters.

Nearly 50,000 voting machines and almost 600 computers went up in flames as a result of the fire that broke out on Saturday, said elections council chief Tibisay Lucena.

“There was little that could be rescued,” Lucena said in a statement broadcast on state television.

“If there are small groups (of people) who think that this will end our constitutionally established electoral processes, they are very wrong.”

She did not elaborate on how many voting machines were still available for use, or how the incident would affect future elections.

Lucena said she had asked state prosecutors to look into the cause of the blaze, which did not cause any injuries.

The South American country’s elections have come under heavy criticism since President Nicolas Maduro’s 2018 re-election was widely dismissed as rigged in his favor, leading dozens of governments around the world to disavow his government in 2019.

Smartmatic, the company that manufactures the equipment, halted its Venezuelan operations in 2017 after a disputed referendum to create a parliamentary superbody known as the Constituent Assembly. The firm said the results of that vote had been inflated by at least 1 million votes in favor of the government.

Venezuela holds elections this year for parliament, which is currently controlled by the opposition. Maduro’s adversaries are demanding that the country instead hold a new presidential election, and have not yet said whether they will participate in the legislative election. A date for that vote has not been set.