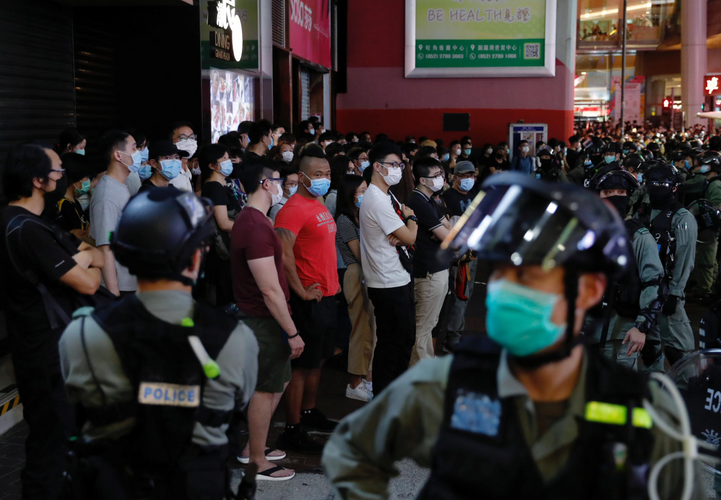 The G7 foreign ministers issued a joint statement on Wednesday calling on China not to follow through with plans to impose national security legislation on Hong Kong, APA reports quoting Reuters.

“The proposed national security law would risk seriously undermining the ‘One Country, Two Systems’ principle and the territory’s high degree of autonomy,” the foreign ministers of United States, Canada, France, Germany, Italy, Japan, the United Kingdom, and the EU’s High Representative said in the statement.

“We strongly urge the Government of China to re-consider this decision,” it said.

President Ilham Aliyev: "Hard as the Armenians tried, they could not erase the Azerbaijani spirit from Shusha"

President: " The 44-day war is our glorious history"

Head of State: "The Patriotic War has once again shown that all peoples in Azerbaijan live in friendship, brotherhood and solidarity"

President Ilham Aliyev: "“Kharibulbul” festival will now be held in Shusha every year"

Azerbaijani President: "It is a significant day in the history of our country today. After a long break, the “Kharibulbul” festival is being held in Shusha"