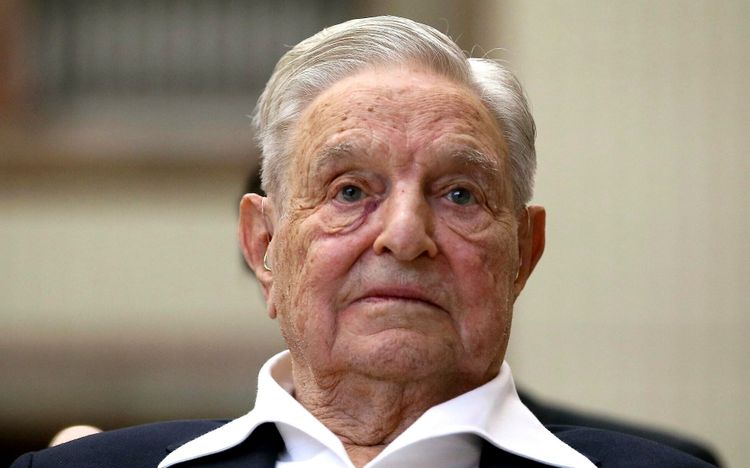 In an op-ed for The Los Angeles Times published on Monday, billionaire investor and philanthropist George Soros focused on how to keep the US economy afloat amid the fallout from COVID-19, APA reports citing Sputnik.

The article was written jointly with Professor Eric Beinhocker, executive director of the Institute for New Economic Thinking (INET) with the University of Oxford.

Soros notes that “the catastrophic collapse in US employment due to the coronavirus crisis demands far more from the federal government than it has done so far”.

He recalled that over the past three weeks, about 17 million Americans have filed for unemployment and that at least 24 percent of US jobs would reportedly be lost in the weeks to come.

This, the US-Hungarian billionaire went on, “would be equal to the worst years of the Great Depression and would mean more than 37 million Americans are out of work”.

Soros believes that to tackle the issue, the focus should be placed on maintaining the economy in “sleep mode”.

“That will require keeping businesses and workers as intact as possible, ready to ‘wake up’ and return to work when the health crisis passes, in order to drive a strong recovery. How? The federal government must immediately guarantee the paychecks of all Americans for the duration of the crisis”, he claimed.

He referred to a number of coronavirus-hit countries, including Germany, France, Denmark, Ireland, the Netherlands, the UK, and Australia, which all provided direct funding to employers in order “to cover worker paychecks and keep workers in their jobs during the [COVID-19-related] lockdowns”.

Soros praised the US Congress for recently approving the $2-trillion CARES (the Coronavirus Aid, Relief, and Economic Security) Act, but bemoaned the fact that “the funding allocated for the programme was too little, and delivery of the funds — with loans via banks — is proving too bureaucratic and slow”. According to him, “we need action that is fast, direct, and at scale”.

In this vein, Soros singled out the proposed Paycheck Guarantee Act which envisages that “protection be extended to all 152 million of America’s workers, not just the 60 million working for small businesses”.

He explained that the proposal clarifies how companies could get support “quickly, directly and electronically, rather than through banks and bureaucracy”.

Soros urged Congress and the US administration “to act immediately” in order to halt “the catastrophic collapse in employment currently underway”.

“The Paycheck Guarantee Act is so urgent and beneficial that it should be put forward by the House as a separate bill and not be delayed waiting for another big rescue package. Some naysayers are already arguing that it is too late. That is not the case, but if it is delayed waiting for an omnibus bill, it will be”, he underscored.

Soros concluded the op-ed by predicting that COVID-19 would be finally brought under control, adding that “as long as Americans are required to ‘shelter in place' we must also help them to ‘shelter in job’”.

His remarks come after the Labour Department claimed in a report released in early April that the coronavirus pandemic will be the worst such crisis in US history.

According to the survey, 701,000 jobs were lost in March and the unemployment rate climbed to 4.4 percent as non-essential businesses have temporarily shut down in order to slow the spread of COVID-19. Johns Hopkins University’s latest estimates indicate that there are 582,594 confirmed coronavirus cases in the US, with 23,649 deaths.